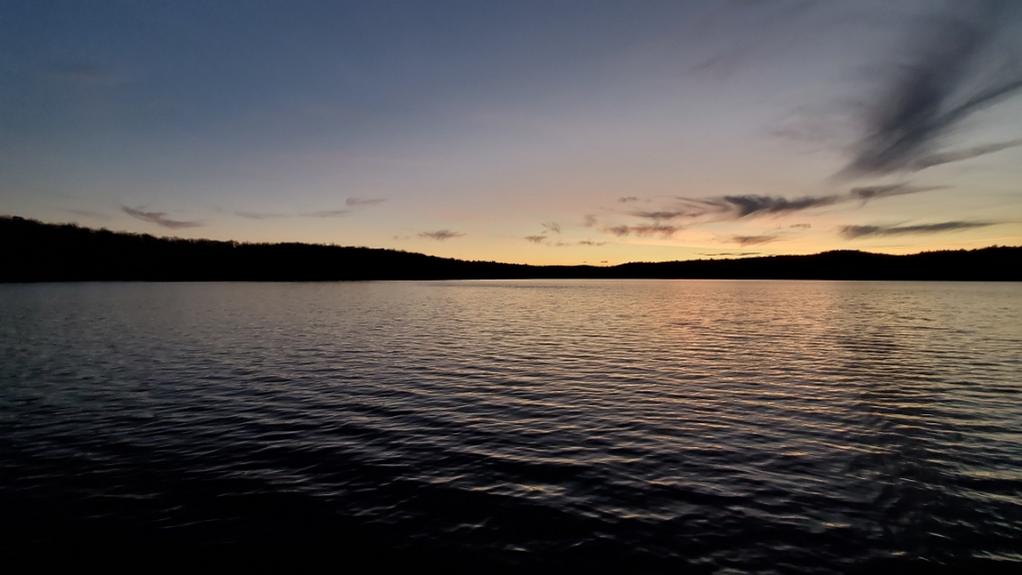 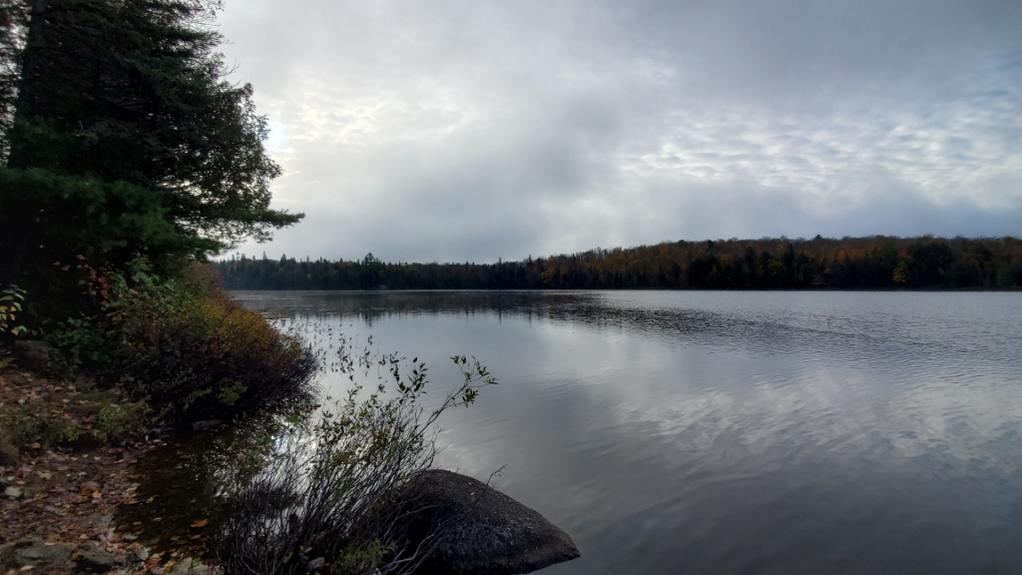 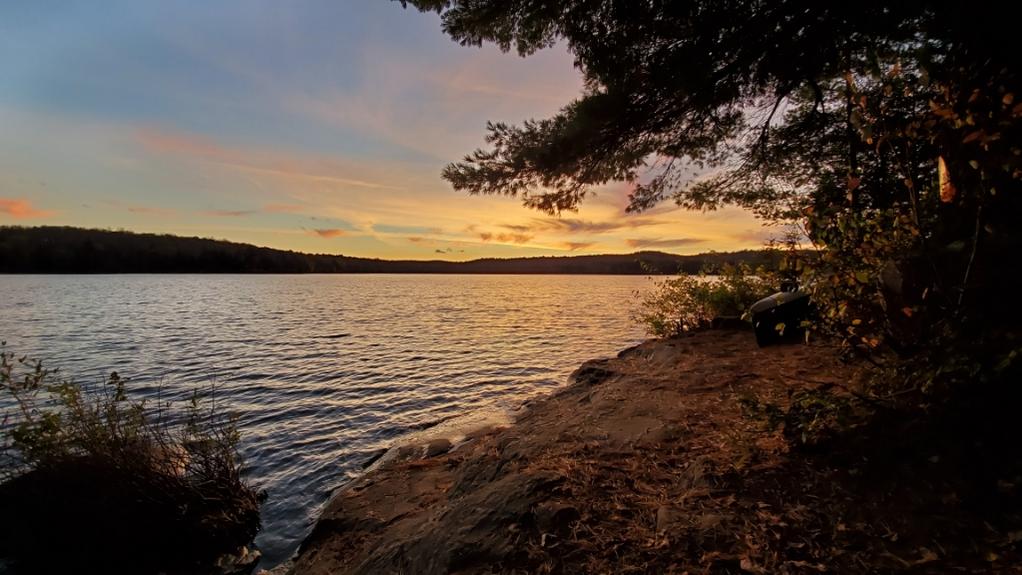 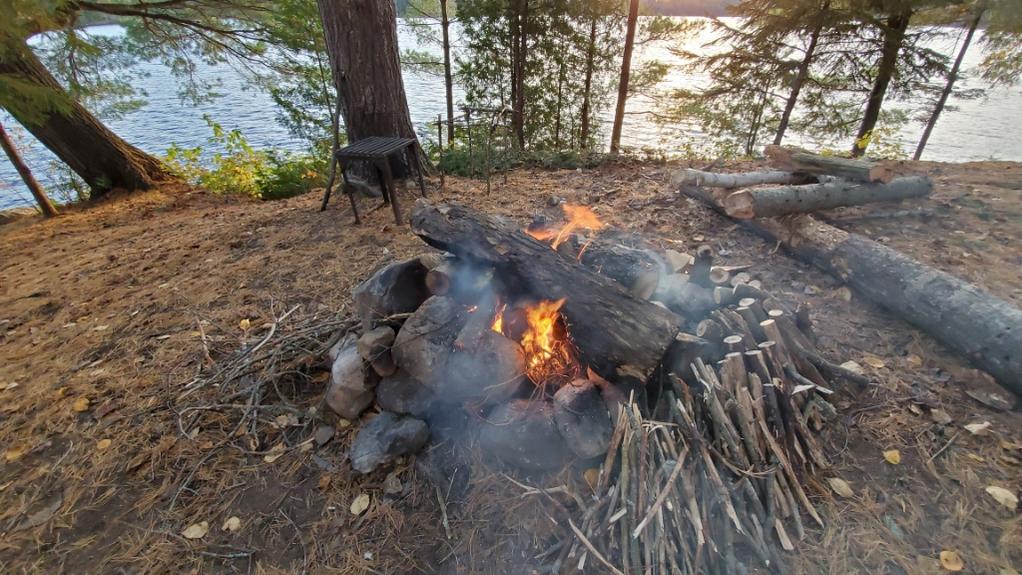 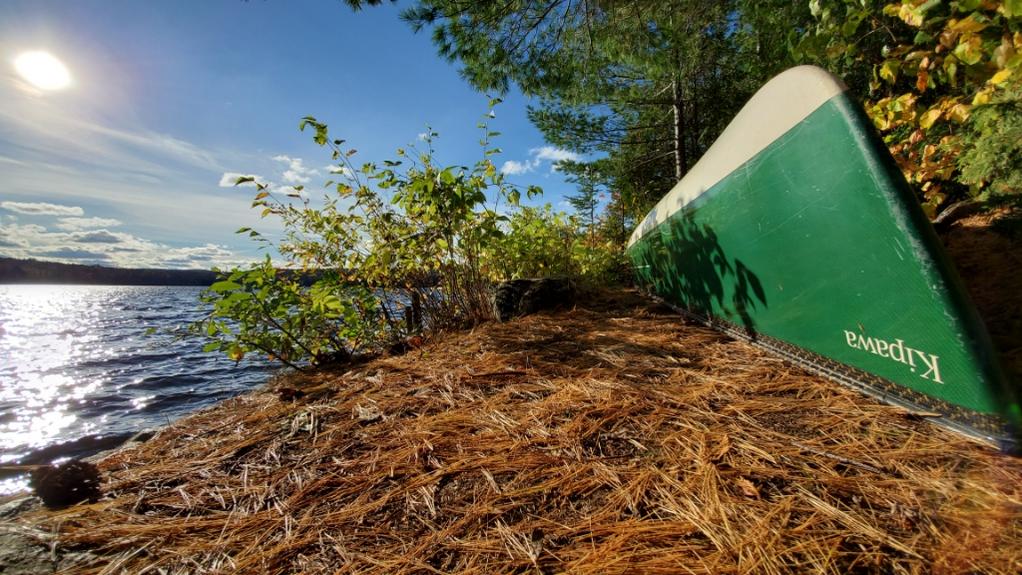 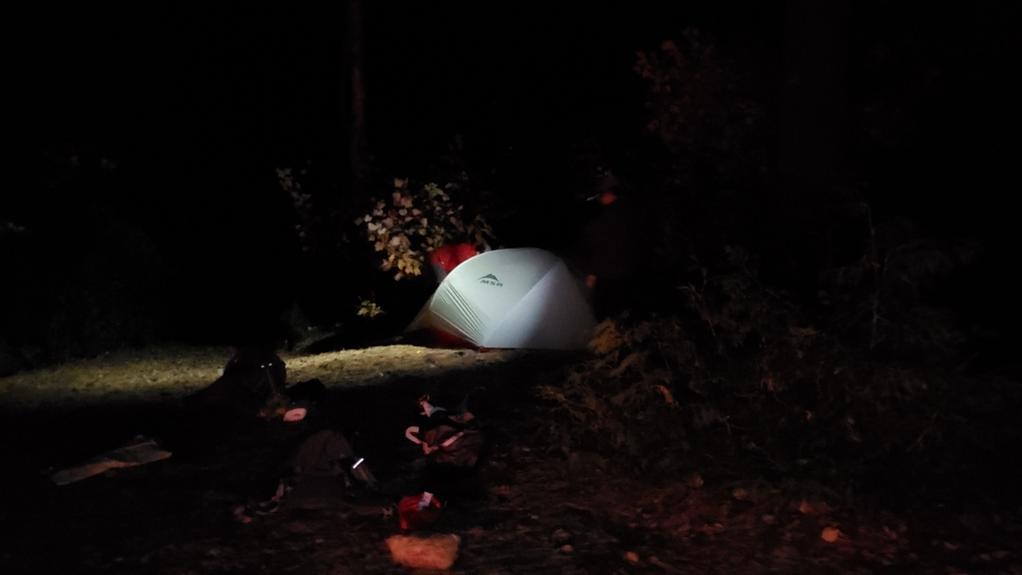 After a week of daily rain, it was nice to finally be able to fully dry everything out 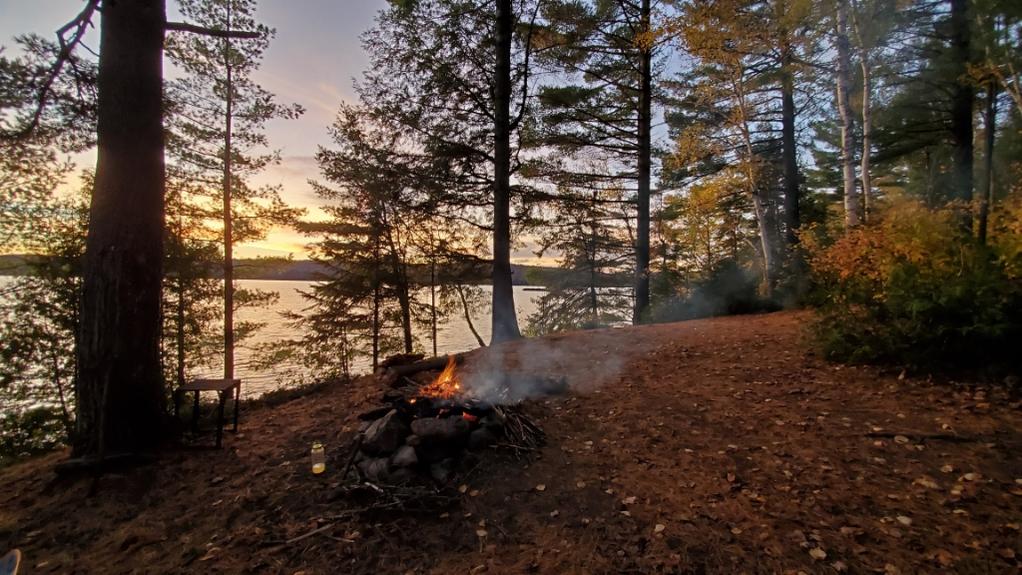 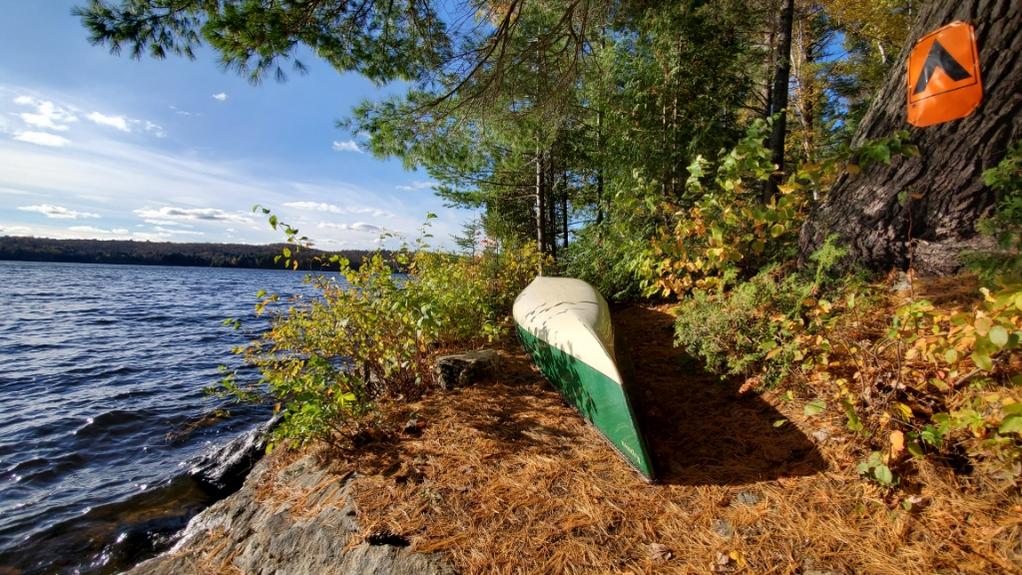 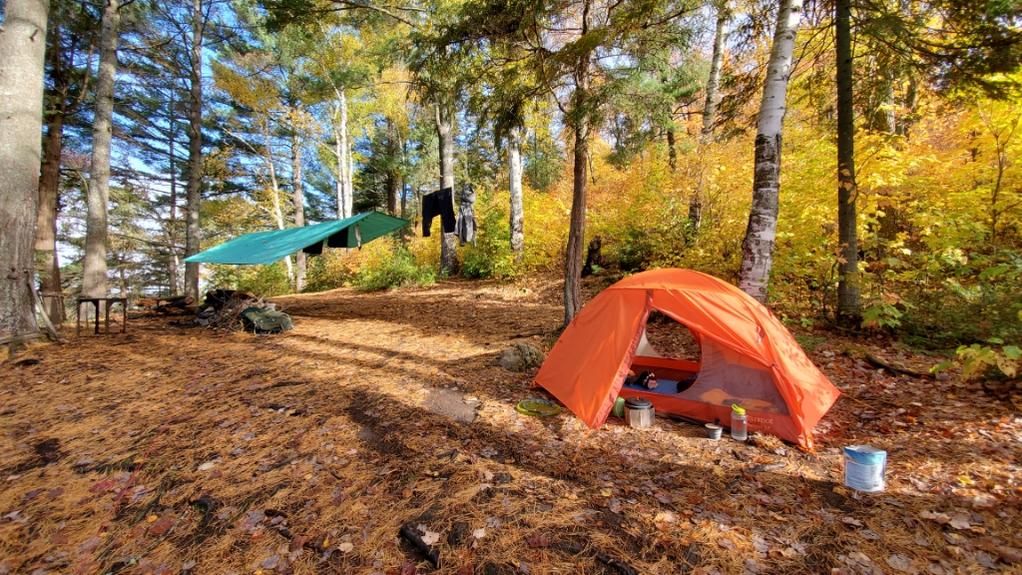 We spent the next several hours catching up, talking about our respective trips and just lounging around the fire with plenty of whiskey to go around. Jeffrey and I have been friends for some time but due to COVID it had been a long time since we were last able to hang out – so it was especially nice to just hang out in Algonquin and forget what was still going on outside this wonderful place. It was also nice to have some company – I hadn’t seen ANYONE on this trip since I left Ralph Bice Lake on day 1. Around 11:30pm they realized it might be a good idea to get the tent setup before we get too far into the whiskey. Another hour around the fire and it was time to call it a night.

With no sign of Jeffrey or Deki and the sun fading, it was time to get the fire going

Even with a bit of wind - it was still a stellar day!

Best sunset of the trip - of course on my final night

Oh ya - this is the stuff right here 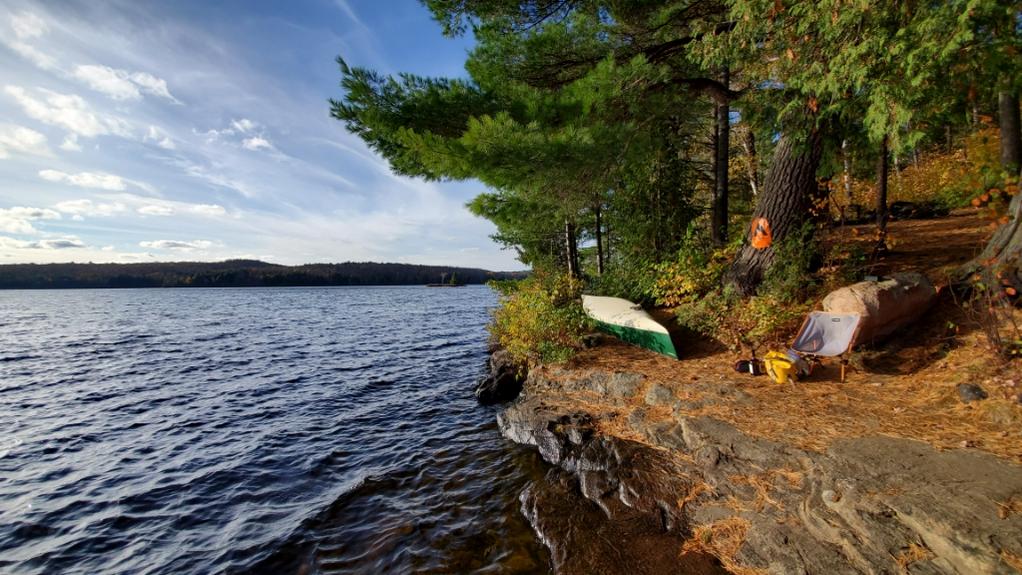 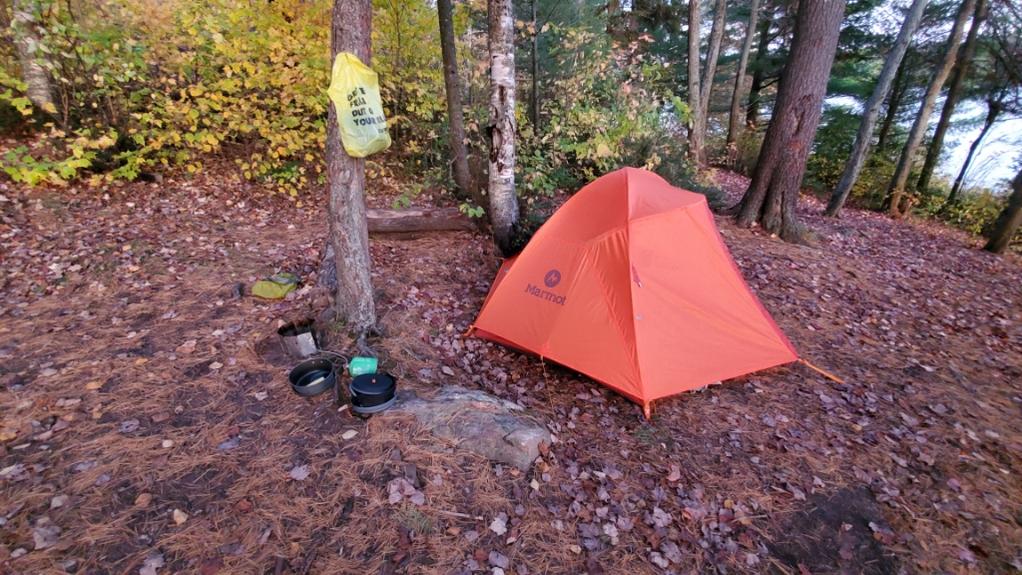 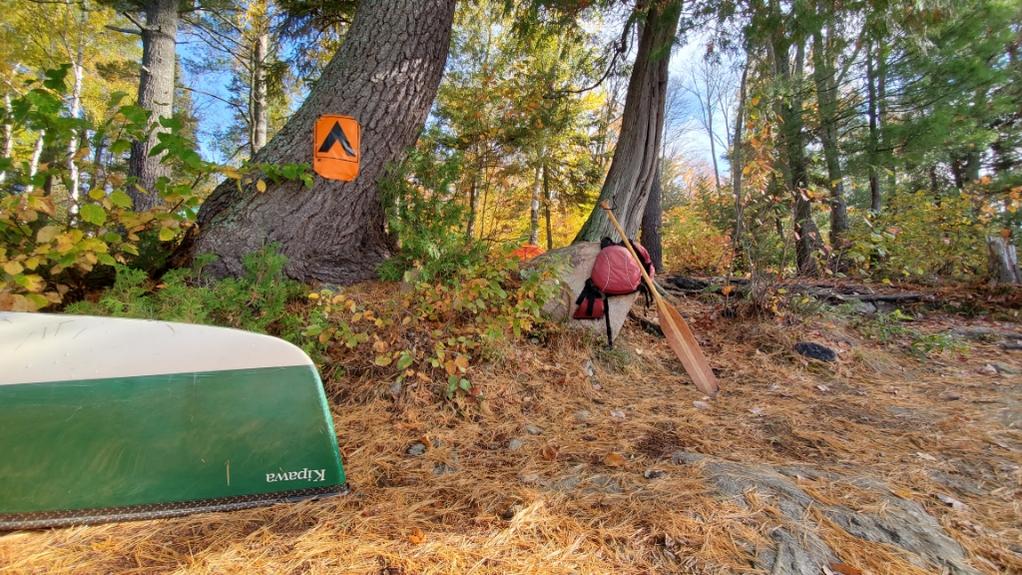 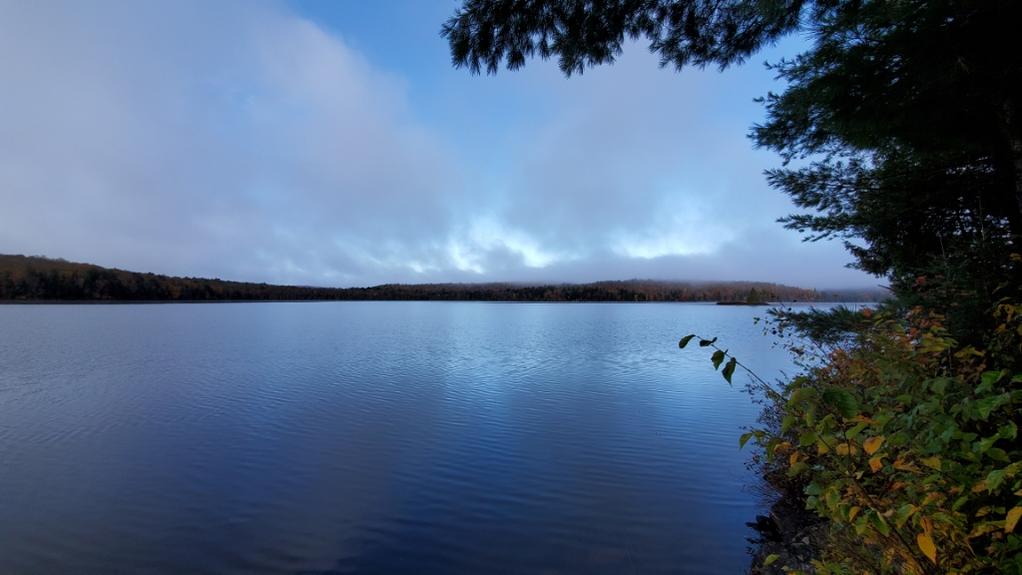 Decided to call it a night just before 1am

I sat here chilling on whiskey for hours - zero complaints! 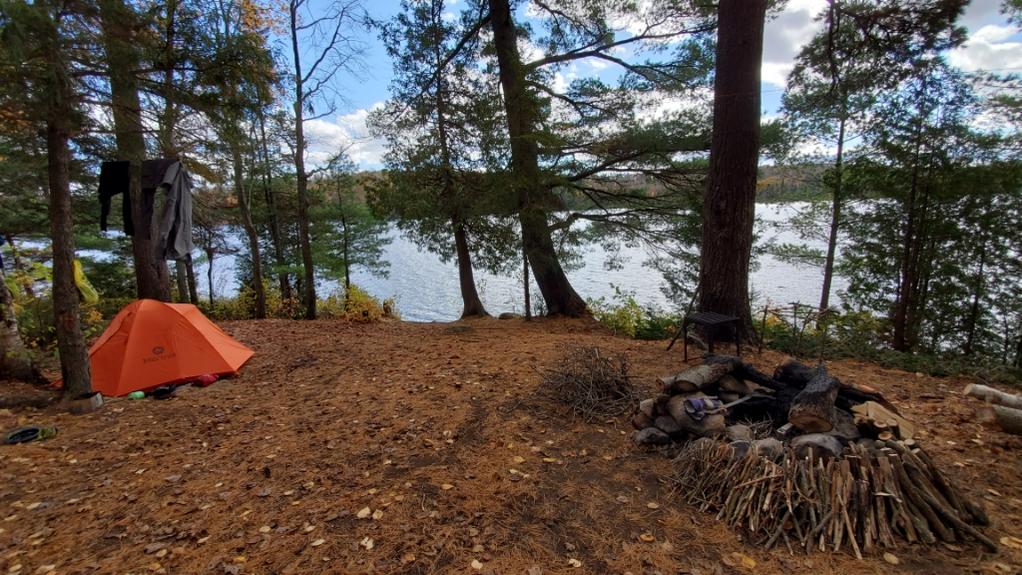 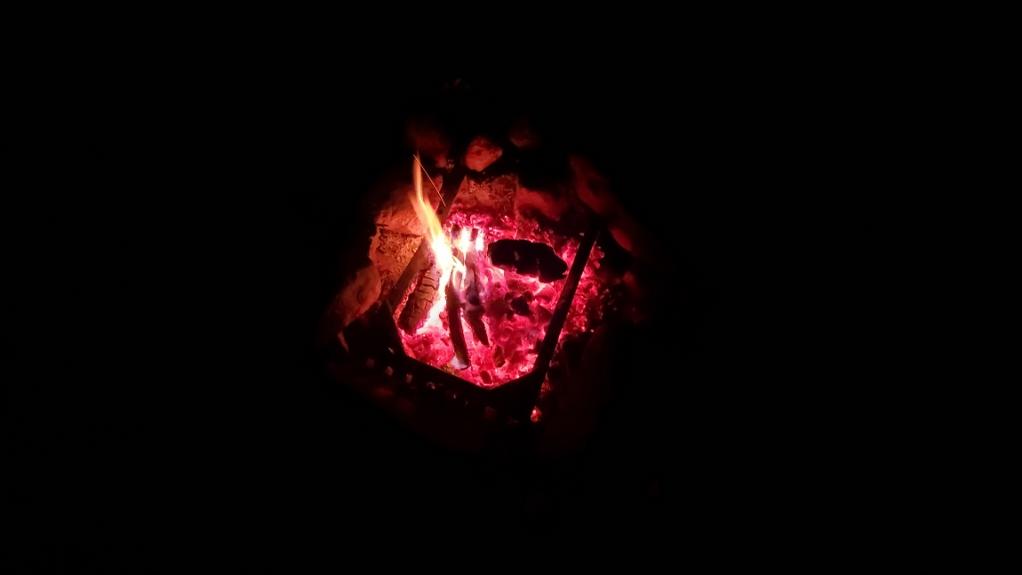 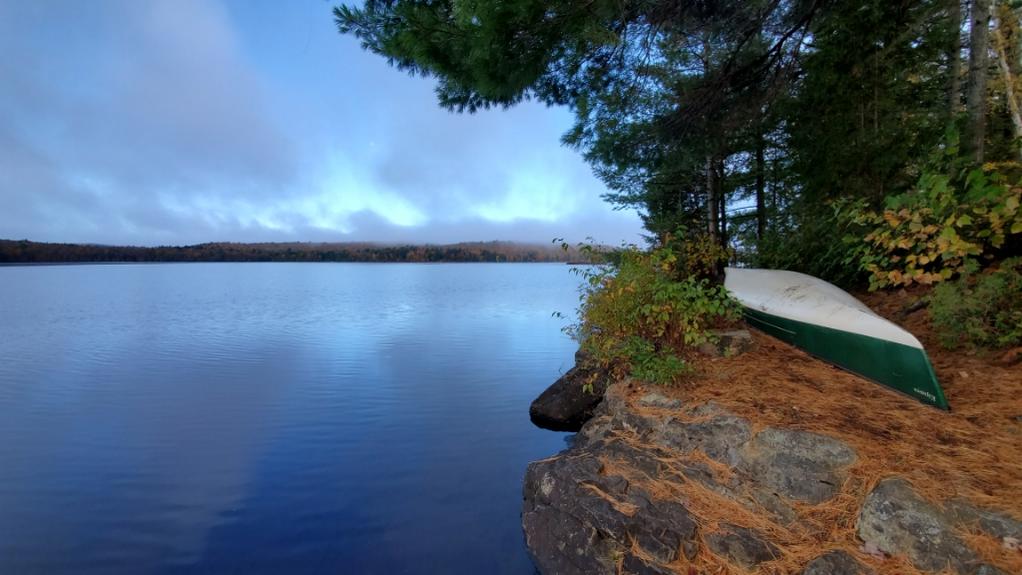 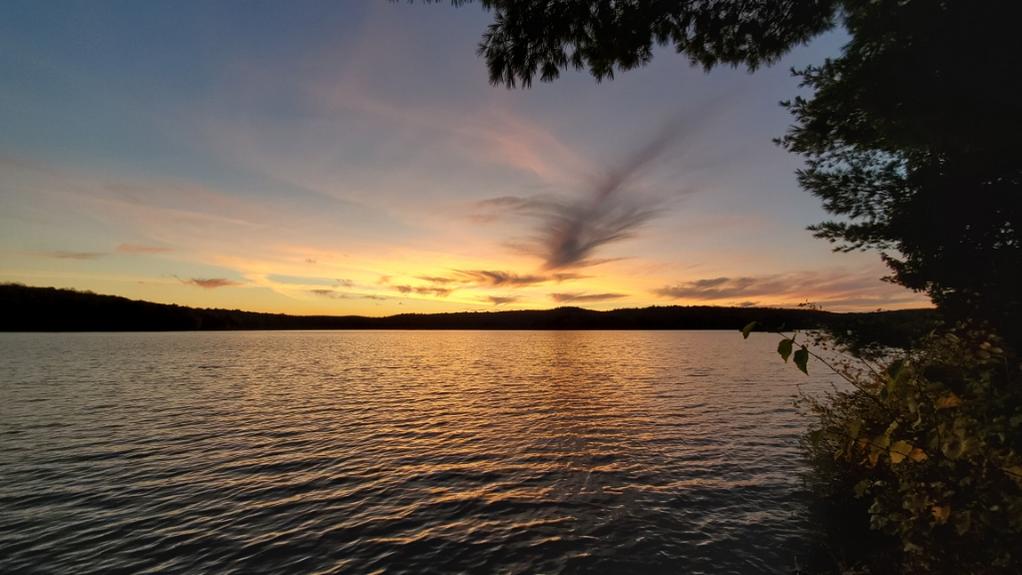 My favorite photo of the entire trip - Kip on Rosebary

I spent some time gathering a lot of firewood since it’s my last night and I wanted to have a big fire tonight while I catch up with Jeffrey and Deki. By 3pm I had what I considered to be enough wood and I spent the rest of the day relaxing by the shore and sipping on whiskey. I had absolutely nothing to complain about – the day was completely perfect. 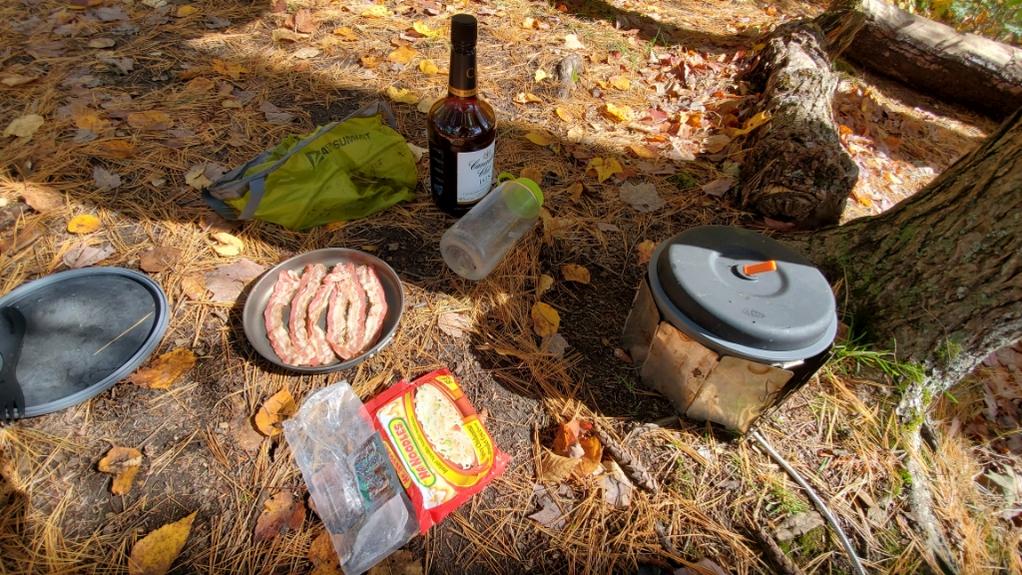 I must have been tired, I didn’t wake up until 7am and after nearly 12 hours hiding in a tent, I was ready to get back out there. The moment I unzipped the tent, I knew it was going to be a good day. It was overcast, but you could see blue sky hiding between the thin, lifting clouds. I made myself a coffee and sat down by the shore to take in the sights and snap a few photos.​ 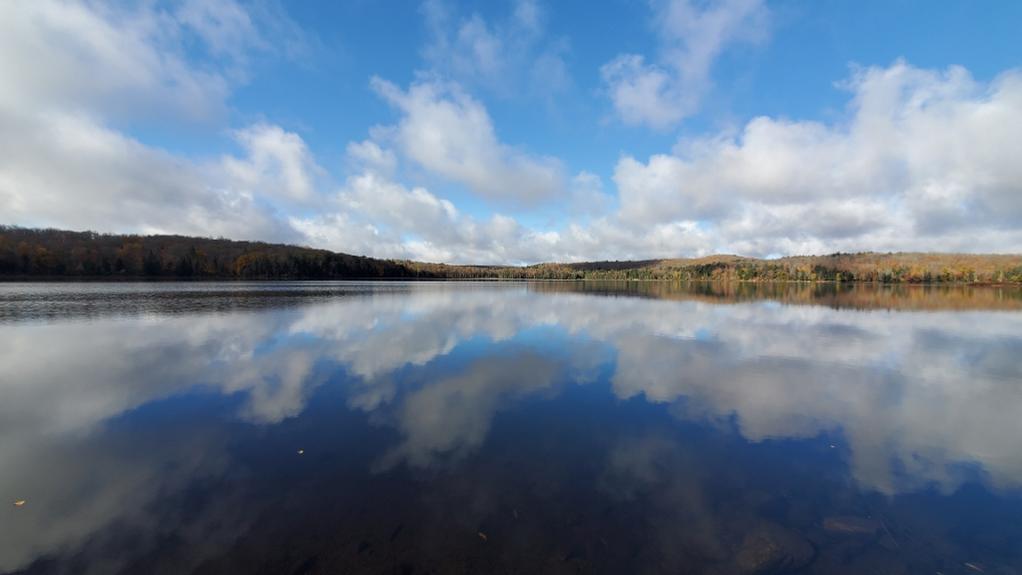 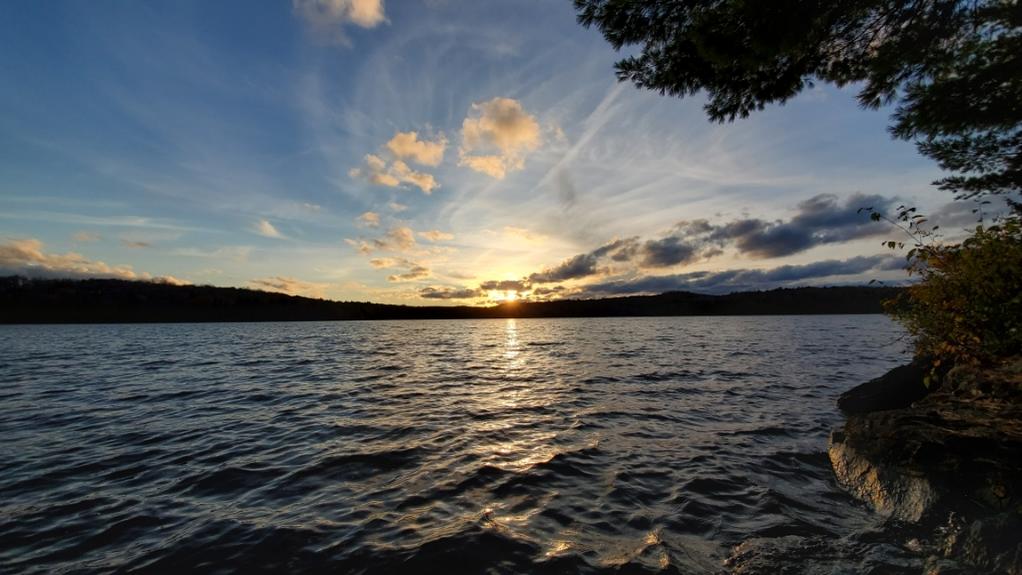 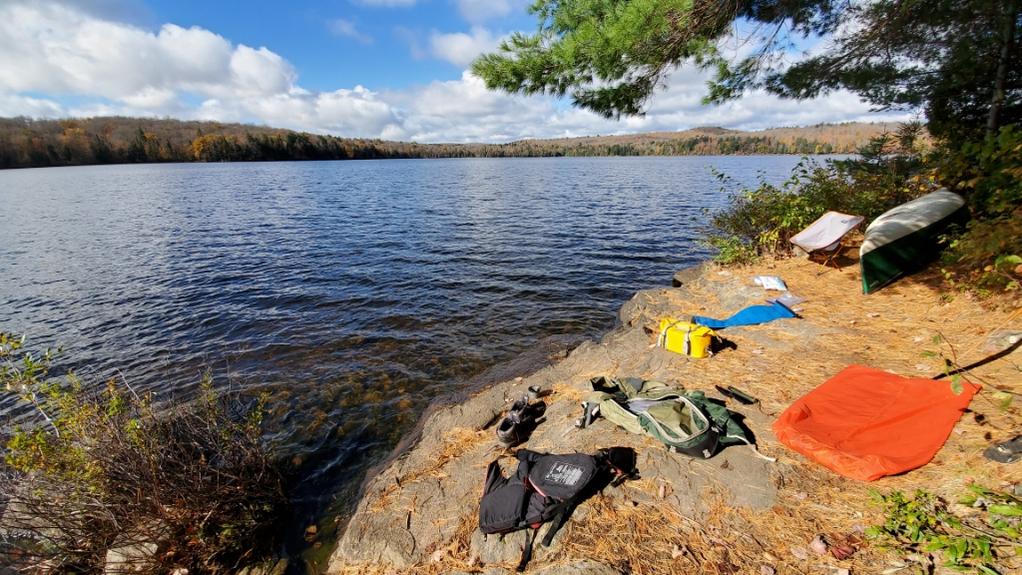 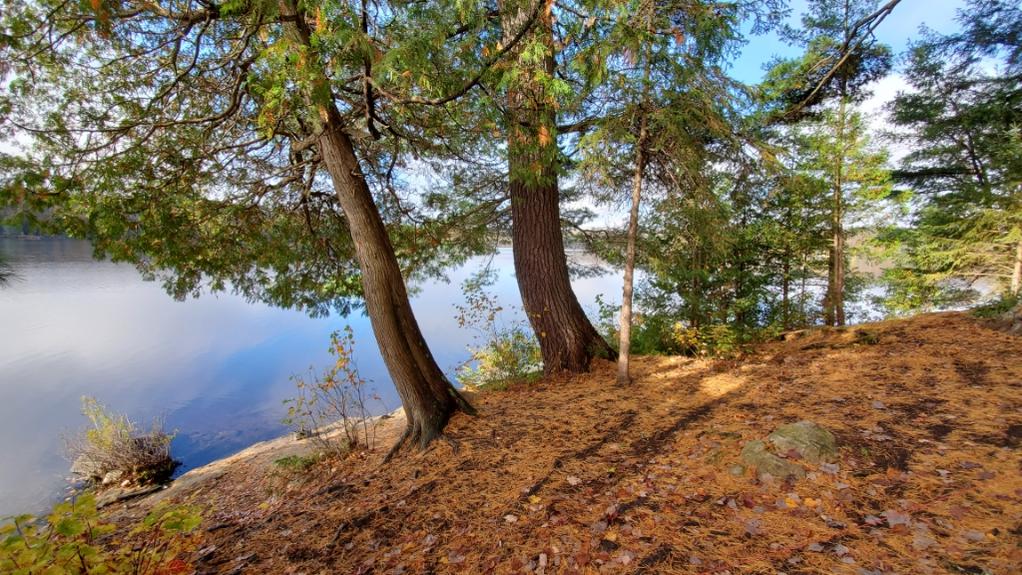 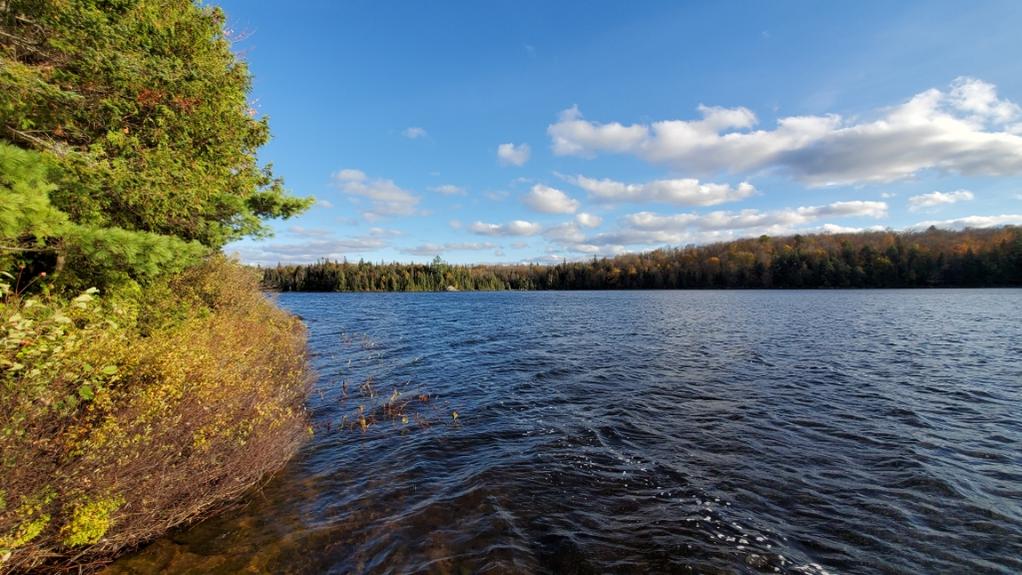 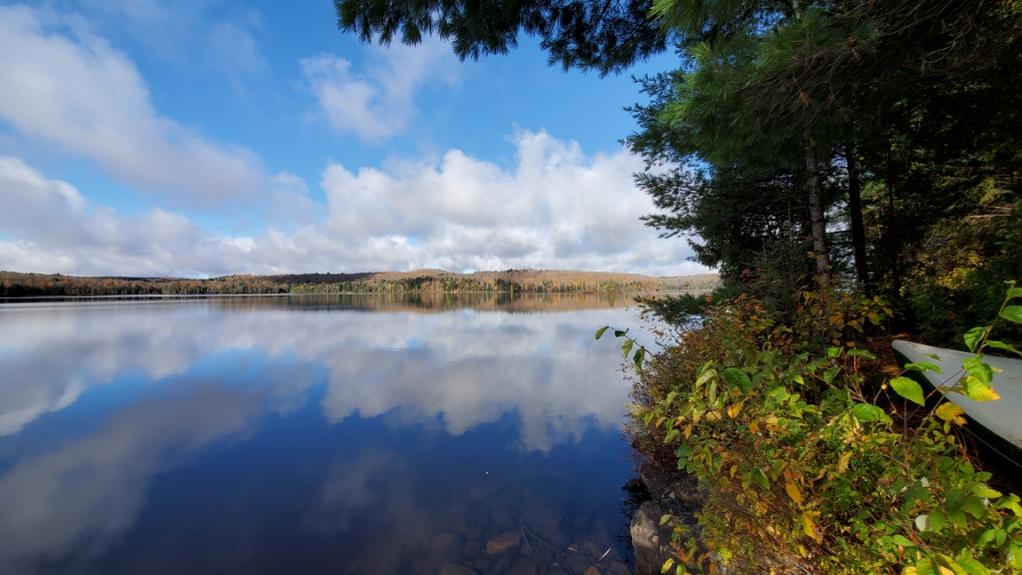 It's been a week since I've seen a sky this blue​ 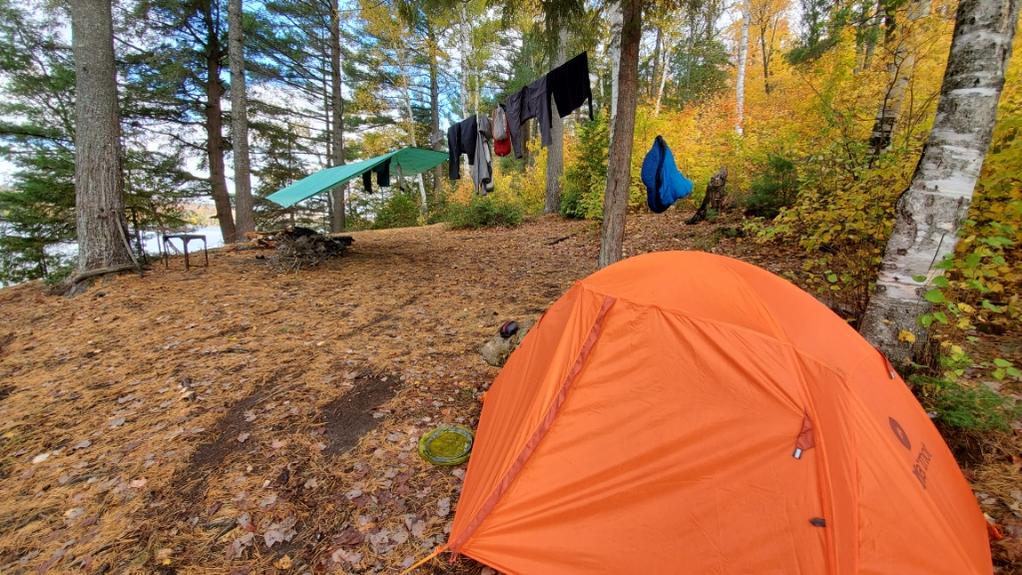 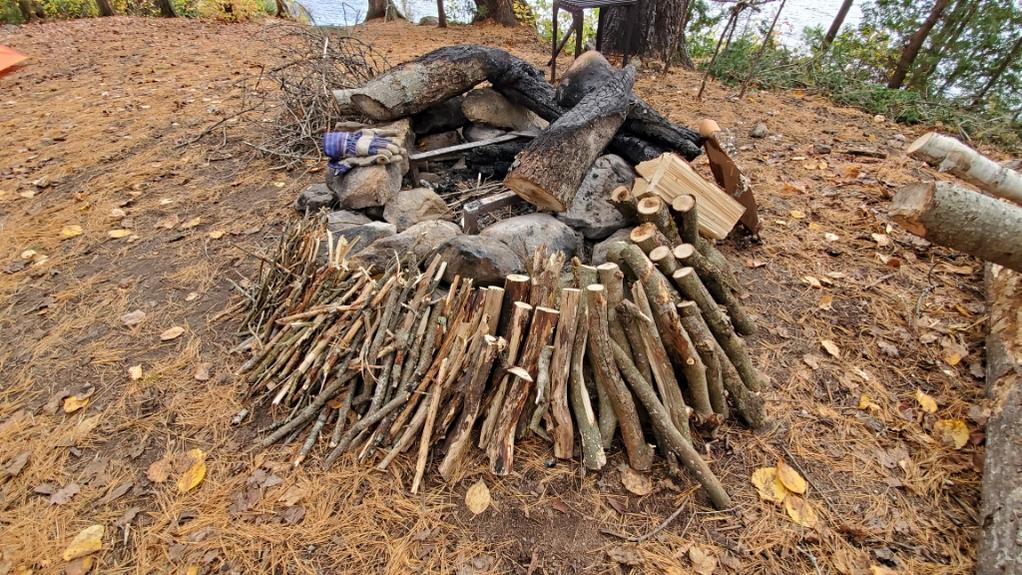 By 10am the sky was as blue as can be and it was an absolutely gorgeous day! Best day of the trip so far and I had nothing but time on my hands. I loved every second of it. I sat by the shore drinking coffee for longer than I care to admit, but eventually I needed some food in me. I had two more breakfast sandwiches to make, but sadly my English muffins did not survive the trip – they became globs of dough.  Time to improvise - I still had bacon after all! I also had some noodles that weren’t part of the food schedule, so I sliced and cooked the bacon and added it to my Mr. Noodles. Strange? Sure. Tasty? Absolutely!

As time went on, I began to wonder about Jeffrey and Deki. There is no way they could have paddled past me; I was sitting at the shore next to my canoe for hours. By 6:30pm I assumed one of two things happened – 1) they are behind schedule, or, 2) They are ahead of schedule. There was a chance they would hit Rosebary yesterday, but I can’t imagine why they wouldn’t stop and make camp if that were the case. The night went on and still no sign of them.

It was getting dark and I could hear people at an adjacent campsite. I let out a wolf howl just to mess with them (I guess I didn’t learn my lesson after all), and it worked. Everyone went quiet – except for a yell from a canoe I could barely see crossing the lake. ‘PEEK?!’ Well, I’ll be damned - they made it – and with just minutes before it went completely dark. They pulled up at 8:00pm, I helped them unload and get the boat up on shore.

I love my Kipawa - we've been through a lot together

Light was quickly fading away

And to air out my sleeping bag

Sunlight on the cedars

What is that? Sunlight? Impossible!