I waited out the rain and didn’t leave my site until noon, luckily I didn’t have a long travel day though I did have a lot of short portages. I paddled across Devine and landed at P415 to Ranger Lake. The portage was straightforward but it was a complete mud show. Once on Ranger Lake, I paddled south to check out the lone campsite there – but it wasn’t there. Turns out is just north of the portage, not south. It looked decent from the water but I didn’t get out to give it a full inspection. It started to spit rain, so I continued to my next portage – I still had 4 more trails to go and I’m not a huge fan of portaging in the rain. Crossing P510 to High Dam Pond was another mud show and by now my feet were very wet but I get the feeling they’re going to be a lot more wet before I reach Rosebary. 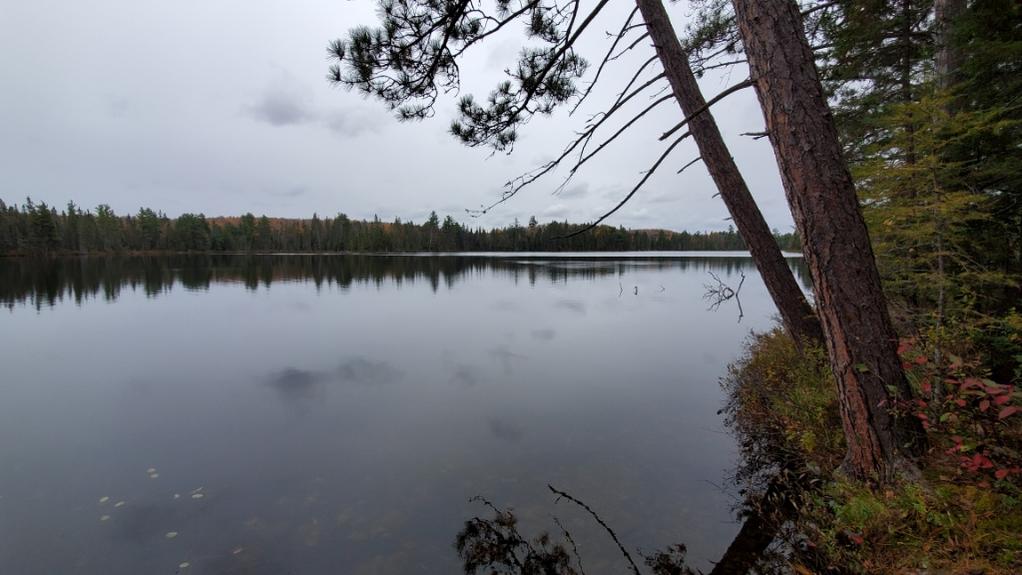 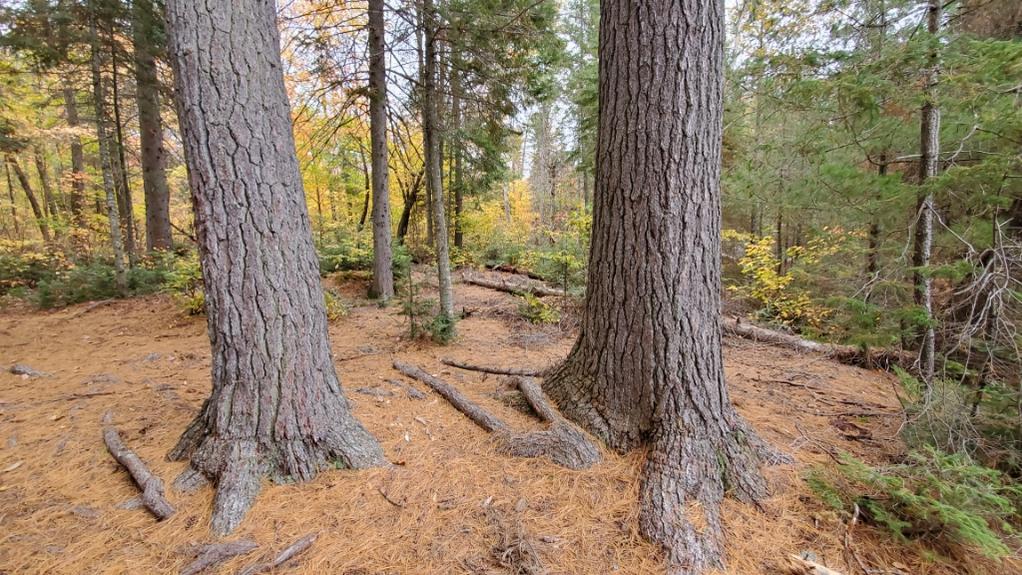 Devine's campsite as seen from the water

Eventually I reached Sittingman Lake and didn’t waste any time getting to the next muddy trail to Bog Pond. While crossing P560 to High Dam Pond, I couldn’t help but think there is no way this trail is 560 meters – it just kept going and going. According to the GPS it’s 573m so I’m not sure why it felt so long. Maybe because it was raining, the trail was muddy (seems to be a theme for this trip) and the fact that my feet were wet. I launched and kept going. When I reached the end of P230 the rain was really coming down. When nearing the end of the trail, I passed a giant white pine that managed to keep the ground under and around it completely dry, despite the downpour. I finished the trail, put down my canoe, dropped my pack and placed my canoe over it to keep dry, then I retreated back up the trail to sit under the giant white pine. I spent just under an hour waiting out the rain and it showed absolutely no sign of stopping. I finally accepted my fate of getting soaked on the final stretch of the day and launch onto Longbow Lake. It was raining hard but the silver lining was no wind. I pulled over a couple times to hide under some cedars during the heavy downpours. 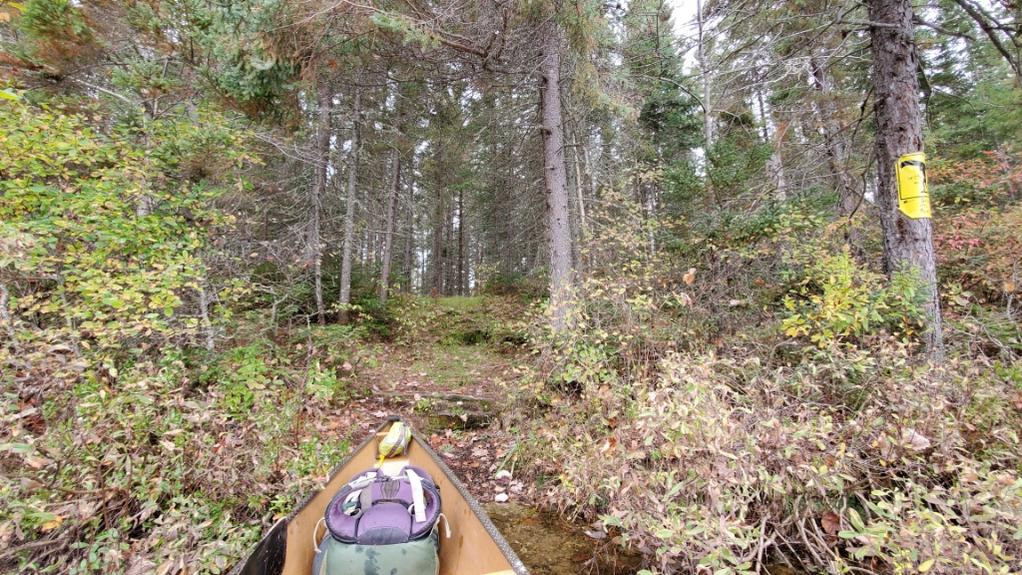 Once again, all packed up and ready to go - really hoping the rain can hold off until I get to Rosebary Lake 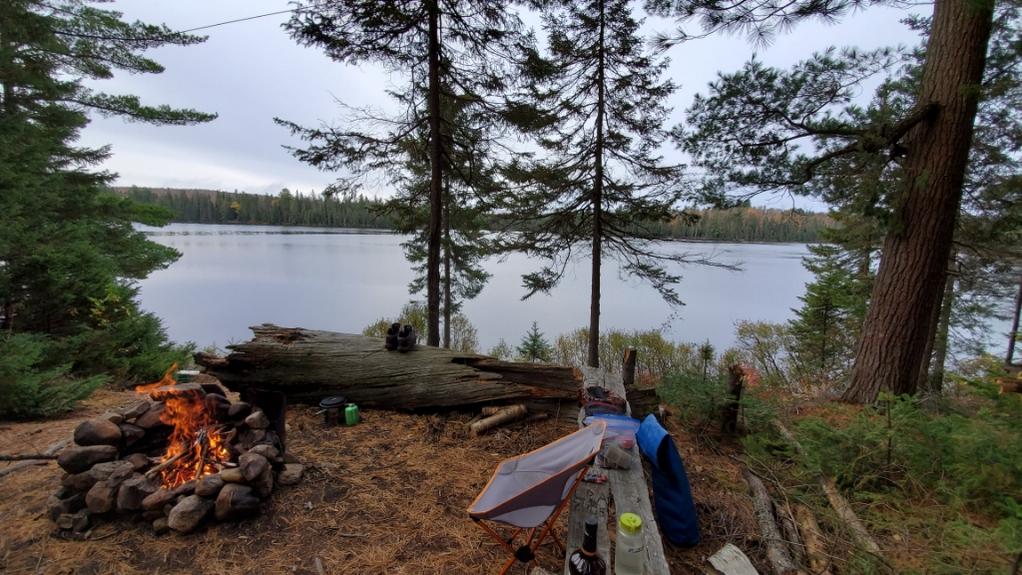 Landing of P415 between Devine and Ranger Lakes 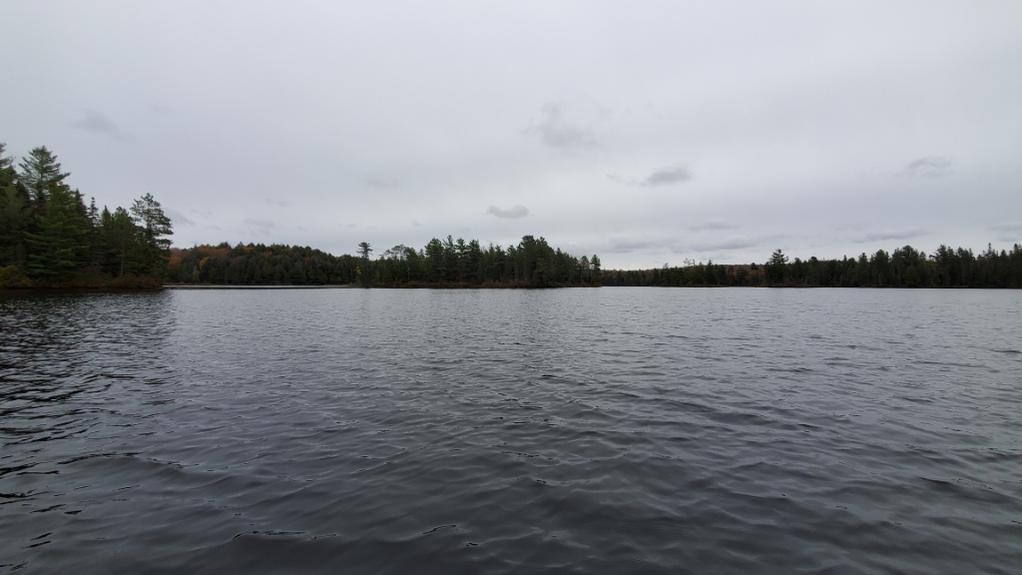 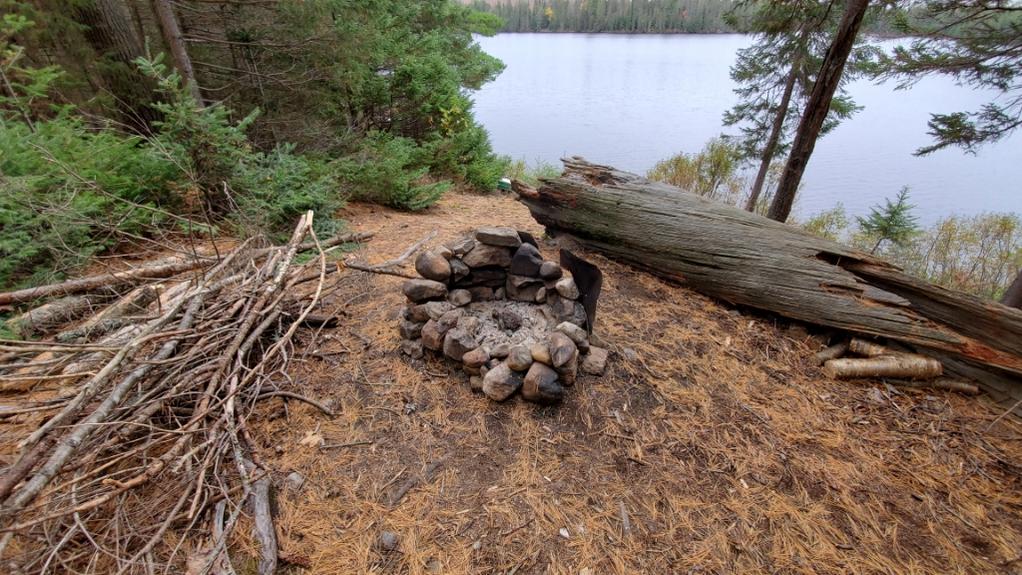 I won't lie - After 6 days of hiding under a tarp, I was getting a little sick of it 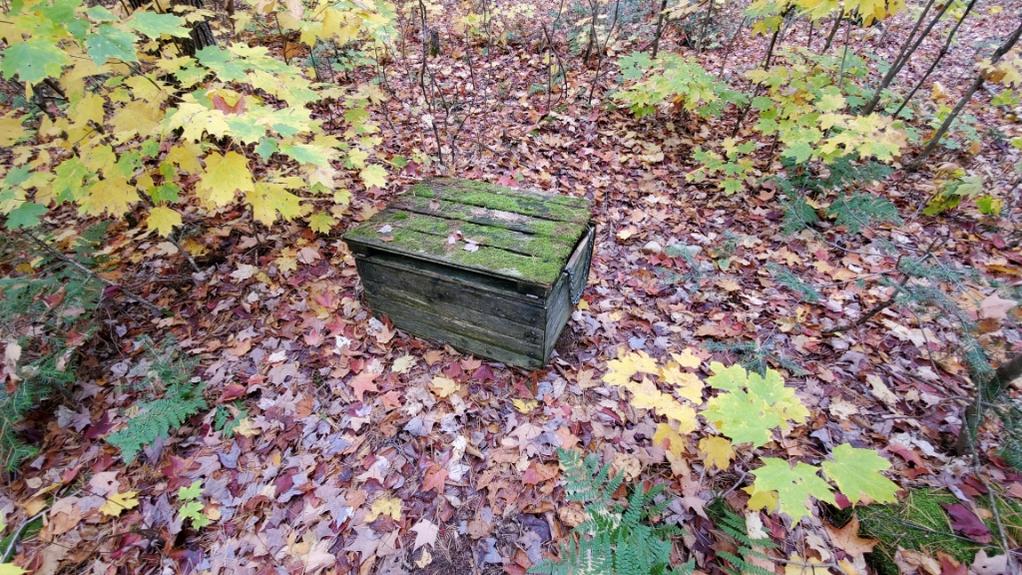 Today's plan: Continue along the low-maintenance route to Rosebary Lake

After what felt like forever, I reached Rosebary Lake and it was still spitting. I landed at my intended campsite (SE corner) and immediately set up the tarp. Exhausted, I sat under the tarp for a couple of hours doing absolutely nothing hoping the rain would eventually stop. I gave up at 7pm, made a Mountain House Beef Pho meal and finished setting up camp while it rehydrated. The Pho was actually exactly what I needed, it warmed me up nicely and with the rain still around I decided to call it an early night. I was in bed by 8pm and asleep soon after. 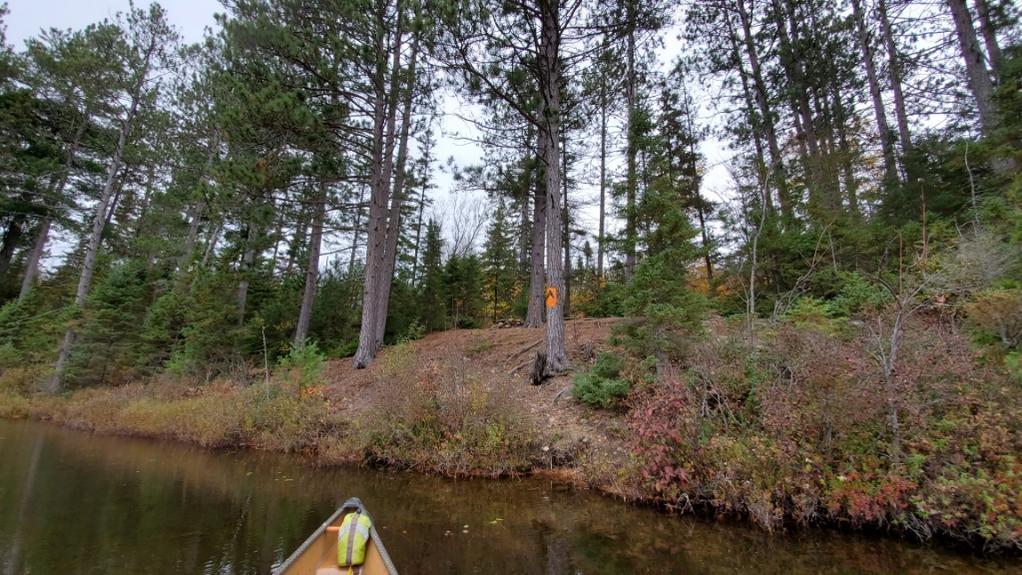 Another early morning as it was supposed to rain today (shocker!) and I wanted to try to make it to Rosebary before that happened. I exited the tent at 7am and the sky did not look favorable. I got the fire going so I could warm up and enjoy some coffee while I’m at it. I made a couple breakfast sandwiches (English muffin, bacon, cheese, mayo) then immediately torn down my camp – except for the tarp, because it started raining.​

Day 6 and still overcast. Such good luck I'm having with weather on this trip 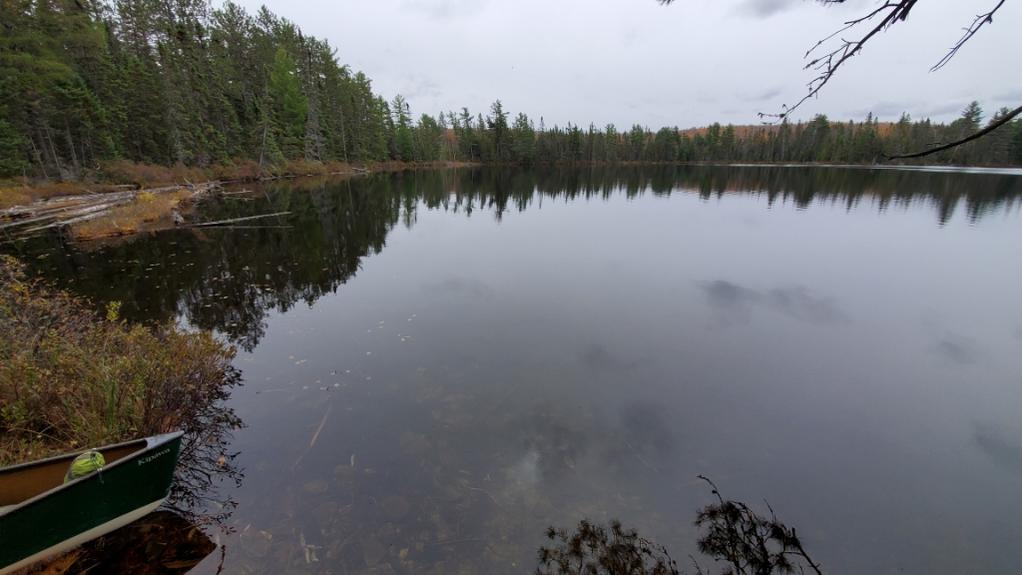 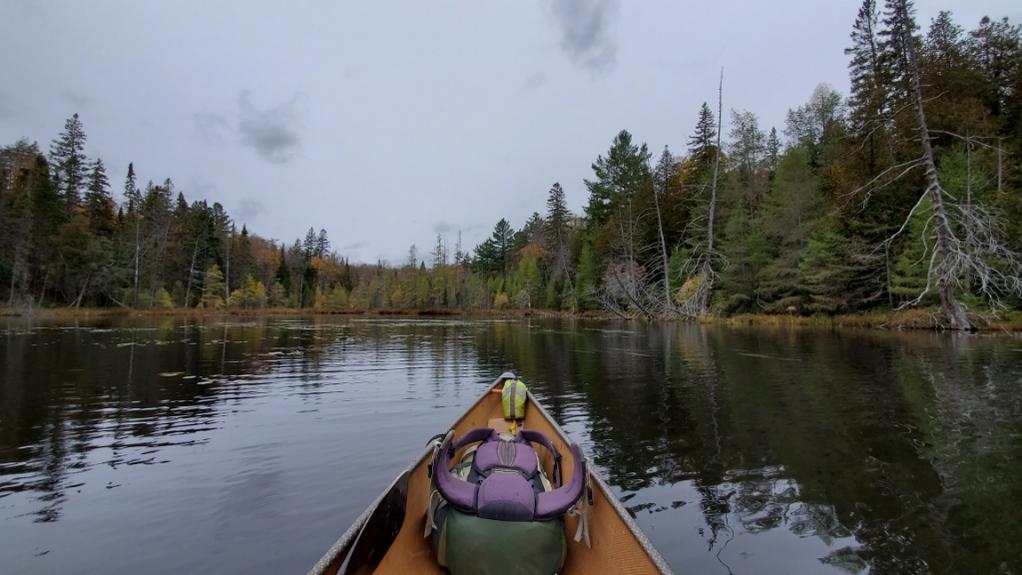 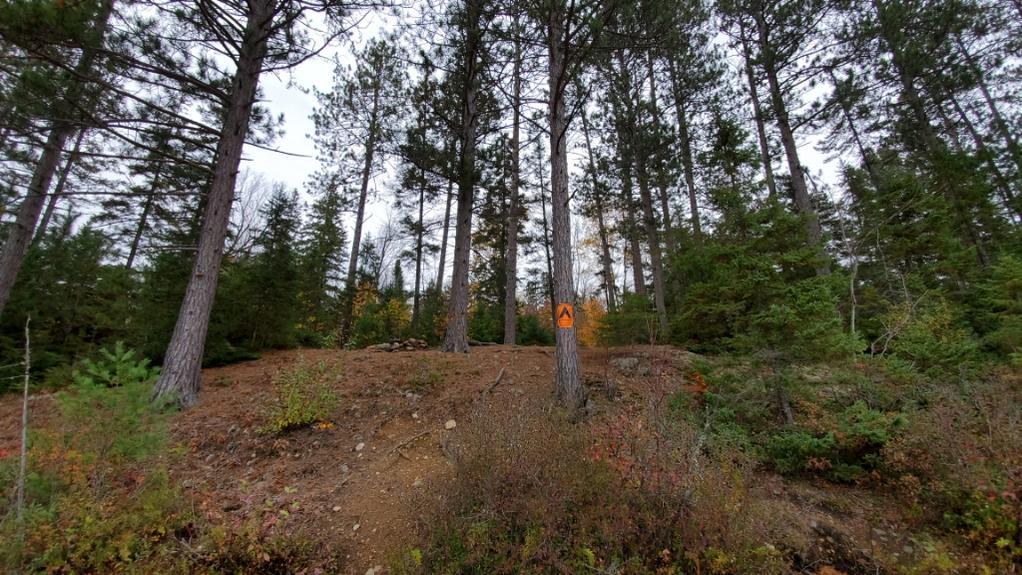 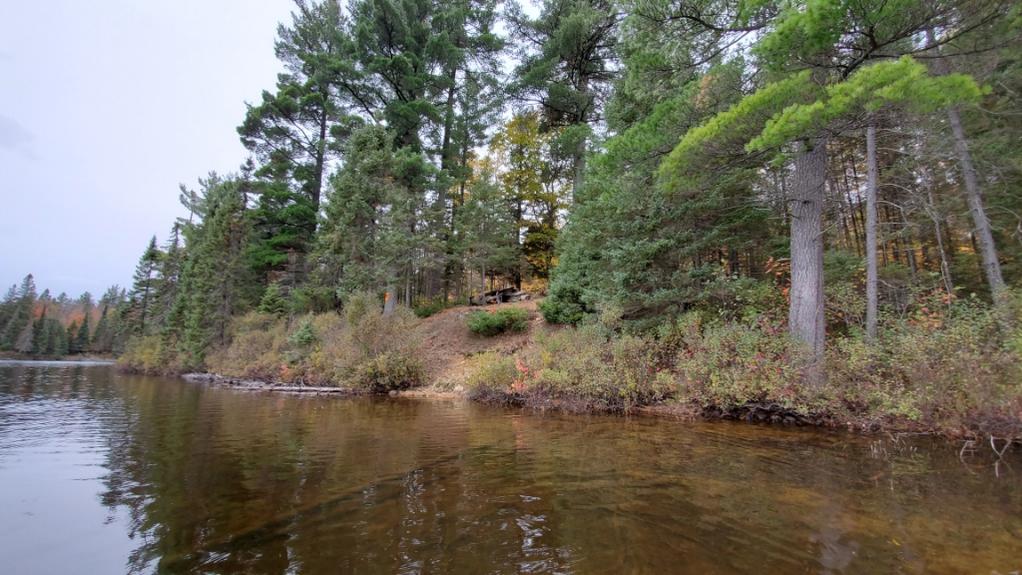 So does this rickety thunderbox​ 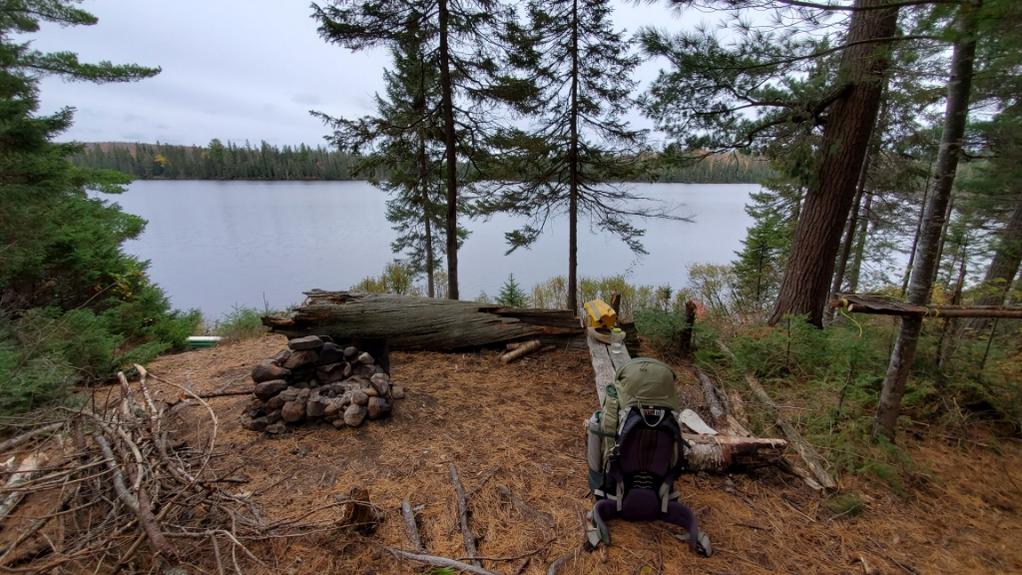 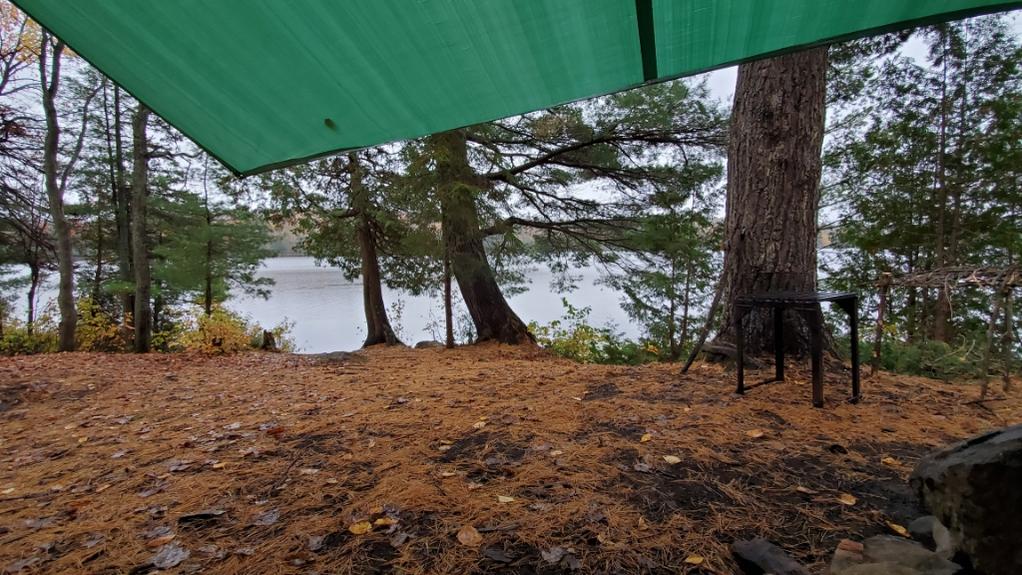