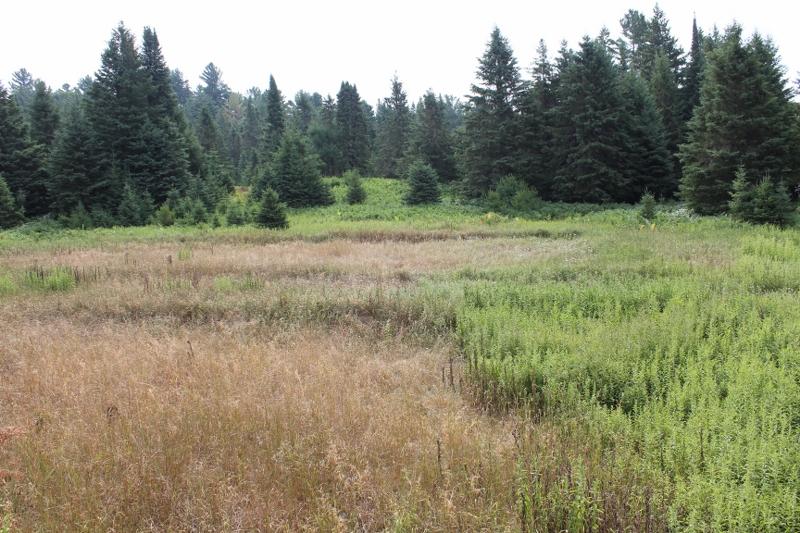 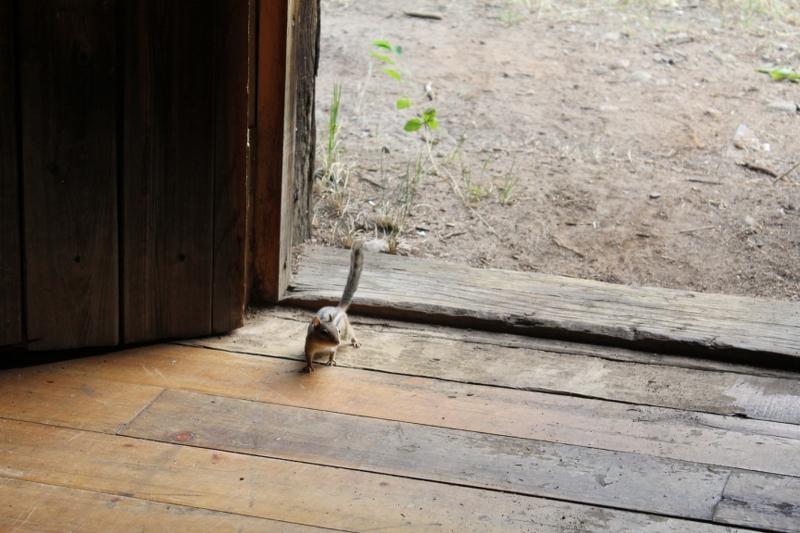 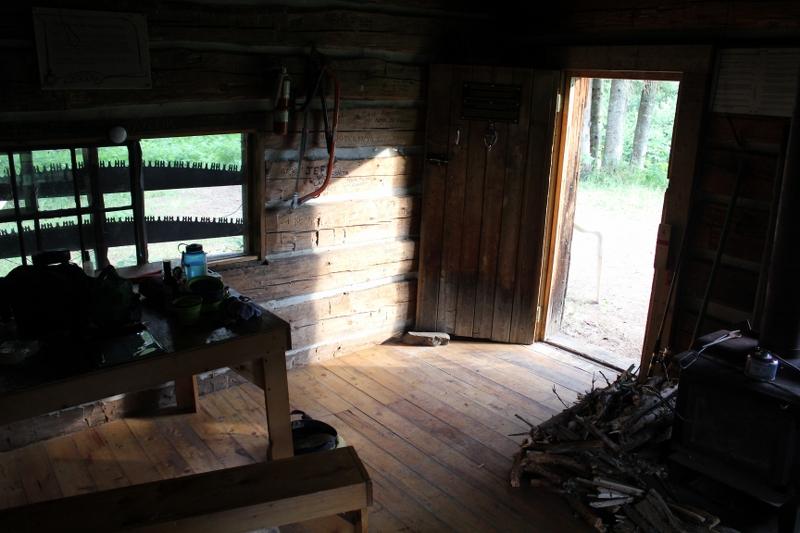 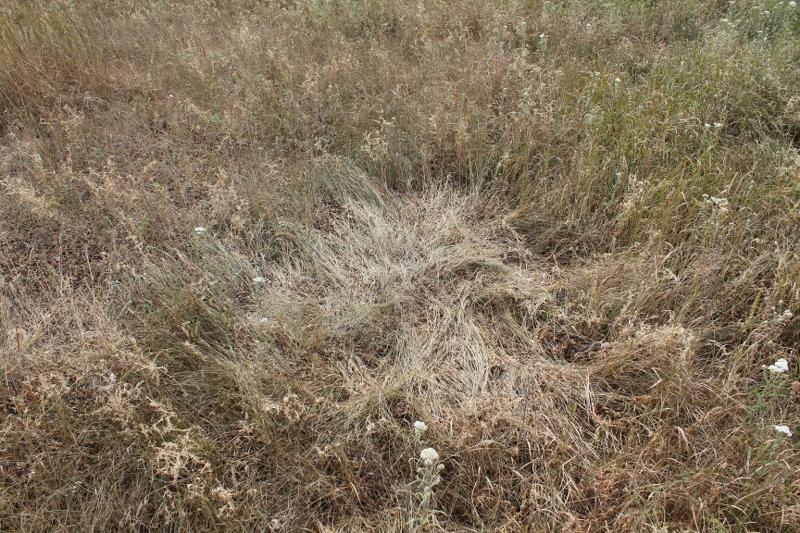 Small campsite along P875 - There is supoosedly a spring around here, but I couldn't find it

Looking upstream into a setting sun

Around 5pm I woke up to the sound of something scurrying across the cabin floor. It sounded much bigger than a mouse – I guess sleeping with the cabin door open wasn’t such a good idea. I got up off the bunk and looked around. I suppose what I heard was the creature taking off out of the cabin because there was nothing else in here. I looked out the front door and there he was – a cute little chipmunk probably looking for some snacks. I usually don’t feed the wildlife, but the guy was too cute to ignore. I grabbed a handful of peanuts from my food pack and placed a small pile outside the cabin door to get some photos. He slowly took all the peanuts off to his hiding place and didn’t make another appearance – it kind of worked out well! Around 6pm it started to rain again, but this time not very hard. I enjoyed the pitter patter of the raindrops hitting the cabin roof, a very soothing sound. I also welcomed the rain because it helped to cool off the entire area and a few more days of this could potentially lift the fire ban. I mixed a drink and by 7pm I was getting hungry so I started to make dinner. For night three I had a repeat of last nights dinner, only I would swap out soup for noodles. I mixed up the bannock and it was baking in no time. I decided to get the woodstove fired up because this would be the last time I could have a legal fire during the trip. With the bannock ready I sliced it open and tucked in some cheddar cheese, then moved on to making the noodles. Nothing special, just a ramen-noodle type of item. By the time dinner was ready the rain had subsided so I took one of the patio chairs outside to have an evening dinner by the river. It’s really quiet in this part of Algonquin and I absolutely love it. I haven’t seen anyone since I was dropped off three days ago – this was awesome. I sat out by the river with a drink until the mosquitoes came out – and they came out hard because of the rain. 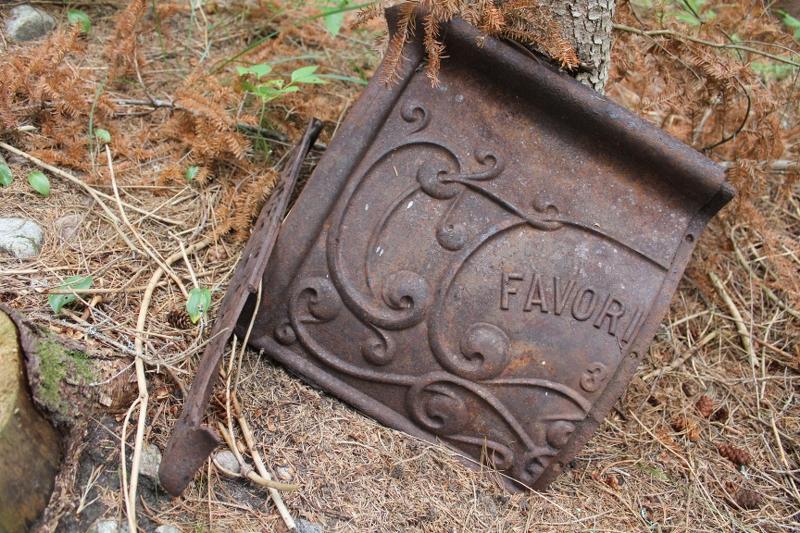 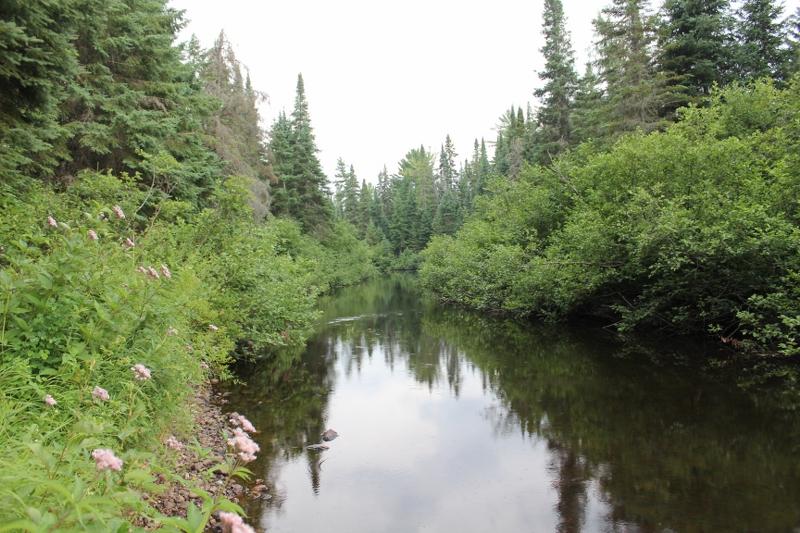 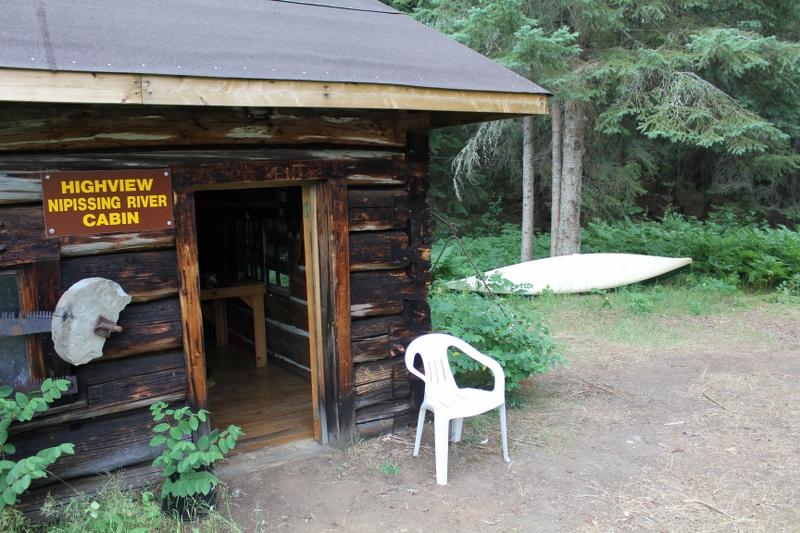 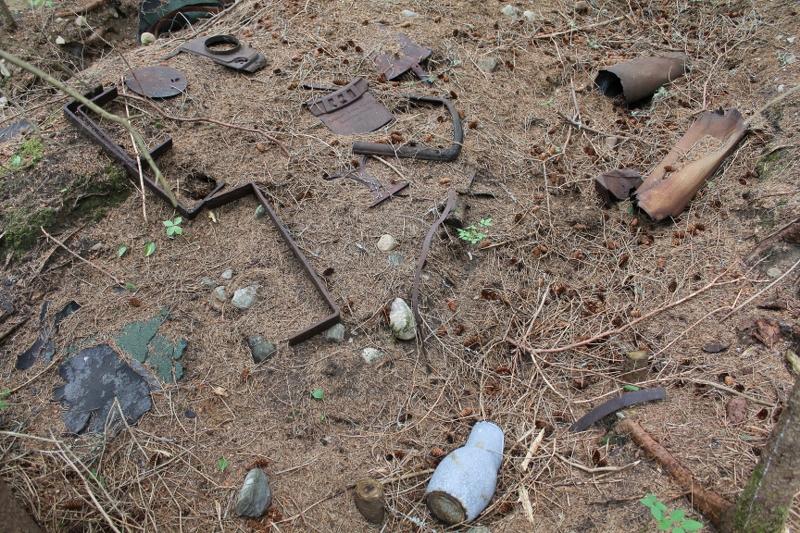 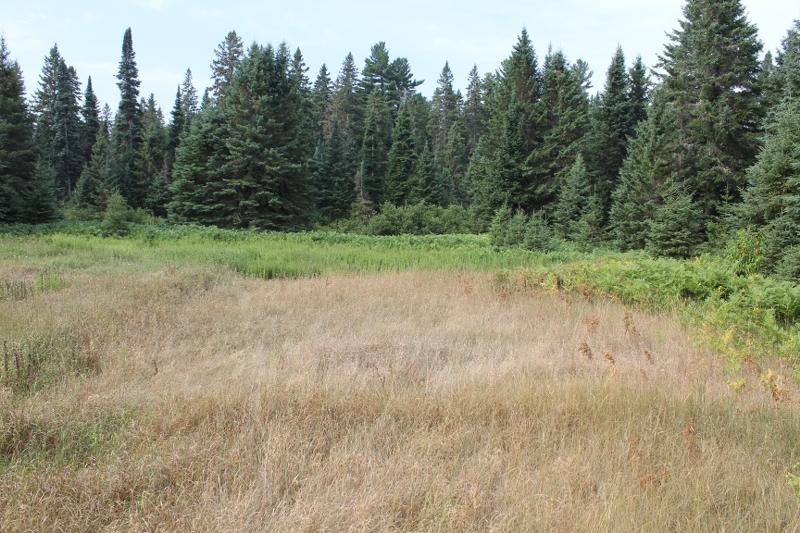 Upstream view of the Nipissing River from the Highview Cabin

Day 3: Vacation Day at the Highview Cabin on the Nipissing River

I slept in mega-late today, but it didn’t matter as this is one of four ‘off-days’ I planned for this sixteen-day trip. My goals today consisted of relaxing and photographing the ruins & foundations in the area. Given that it was already 9am and the sun was up, there was no need to light the wood-stove. In fact, it was a little too warm last night due to my mini-fire. I fired up the gas stove for some coffee and went outside to scope out the area. I grabbed my coffee and camera then headed west to the larger of the two clearings. When I got to the field you could clearly see the mounds of two giant foundations. These would have been fairly large structures and now nothing more than an outline in the grass. They were both roughly the same size and as I walked through them looking for relics, I found small depressions in the grass where a moose (or other large animal) had bedded down for the night. I tried to imagine what this area would have looked like 80 or 90 years ago but with very little left to see it makes you wonder how the cabin even survived this long. Impressed with the fields I made my way back to the portage and went a little further west. I was told there is a freshwater spring near the campsite on this trail so I went to check it out. I spent a good amount of time looking and I found nothing – it could just be the fact that it’s been a really dry year and its not flowing, but I’m not sure how that stuff works. 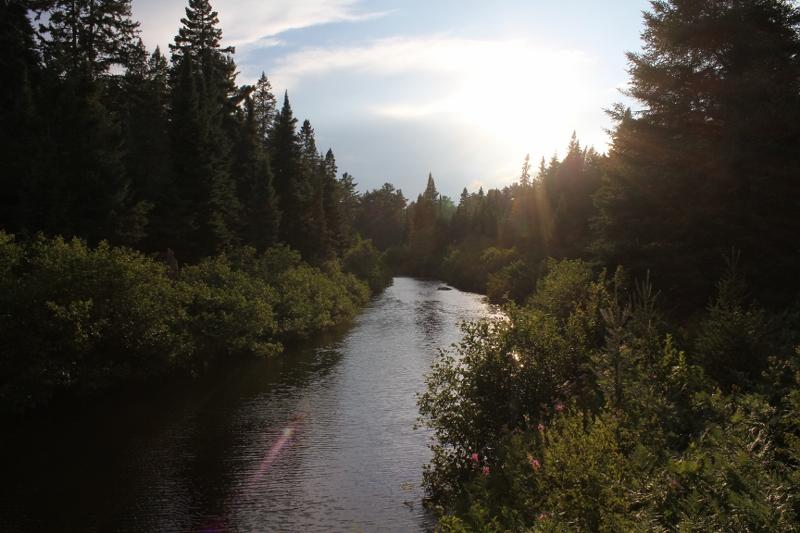 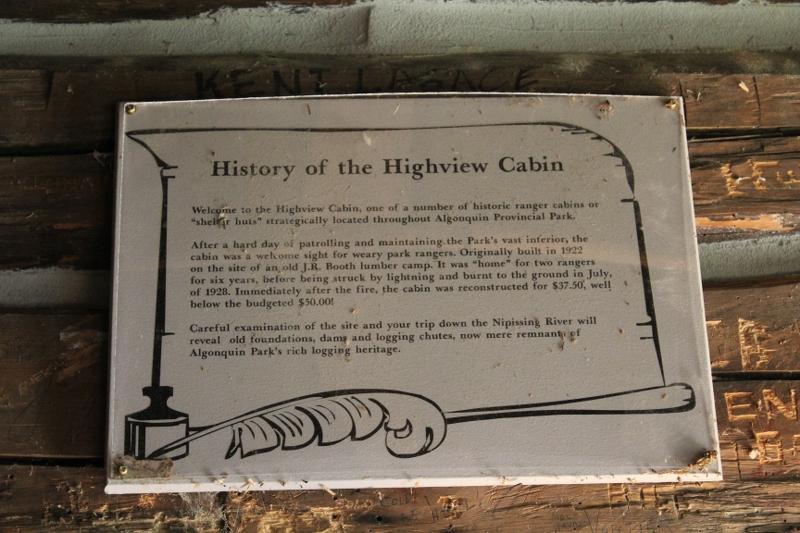 The Highview Cabin as seen from the river below

Making bannock on a stove, atop a stove!

A fine place to relax with a drink 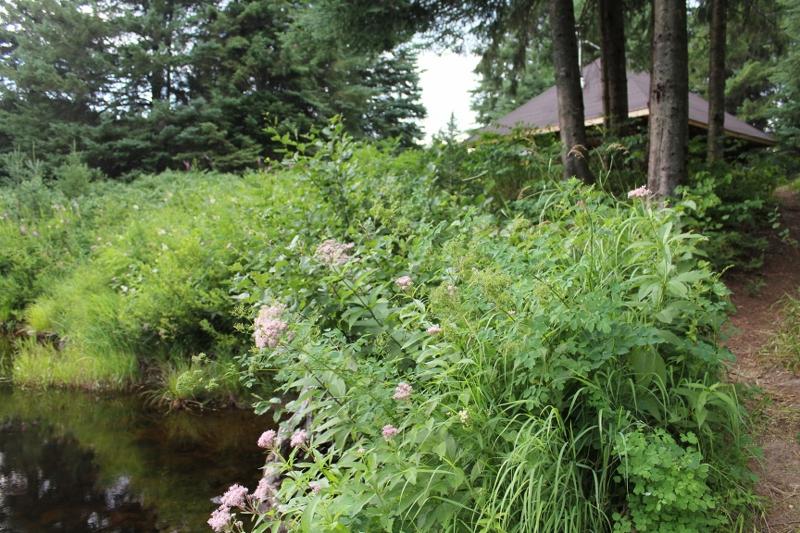 Favorite what? I need to know! Stove? Stove.

Pancakes & Syrup topped with bacon, served with coffee - Dick Proenneke would be proud 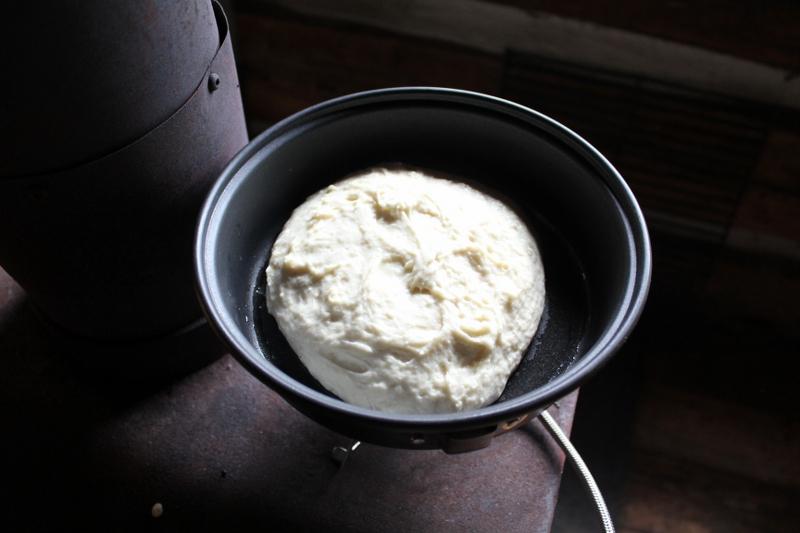 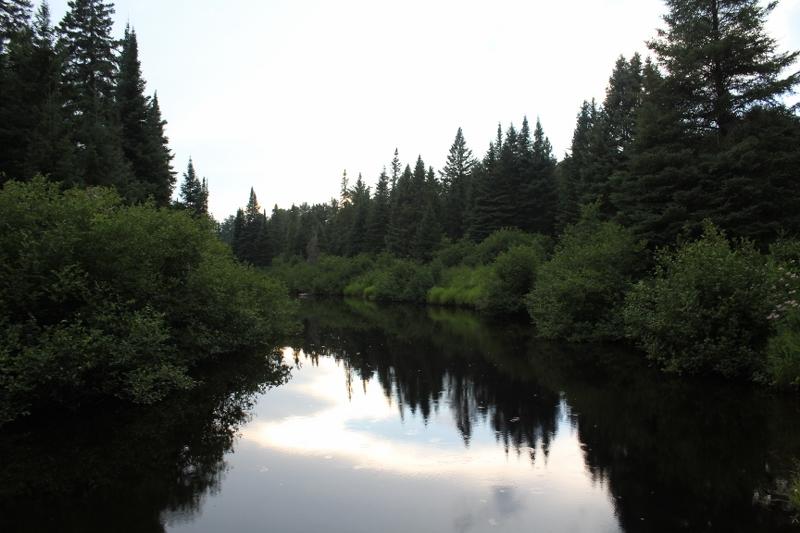 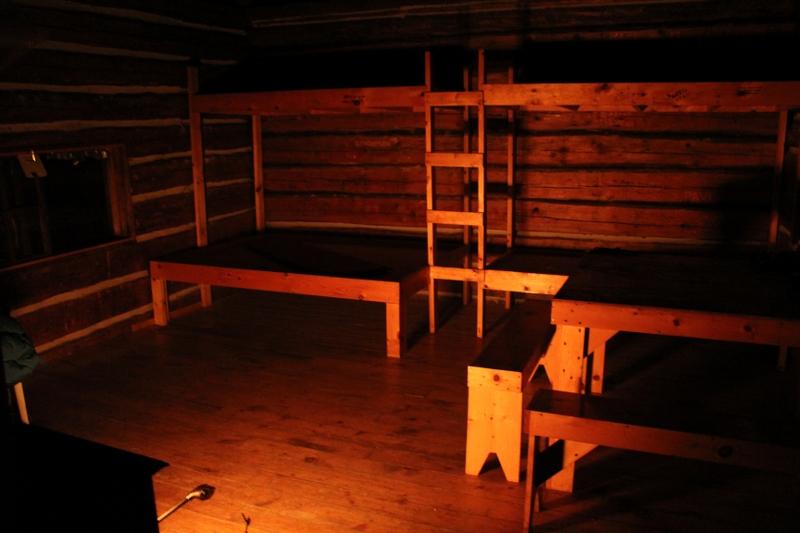 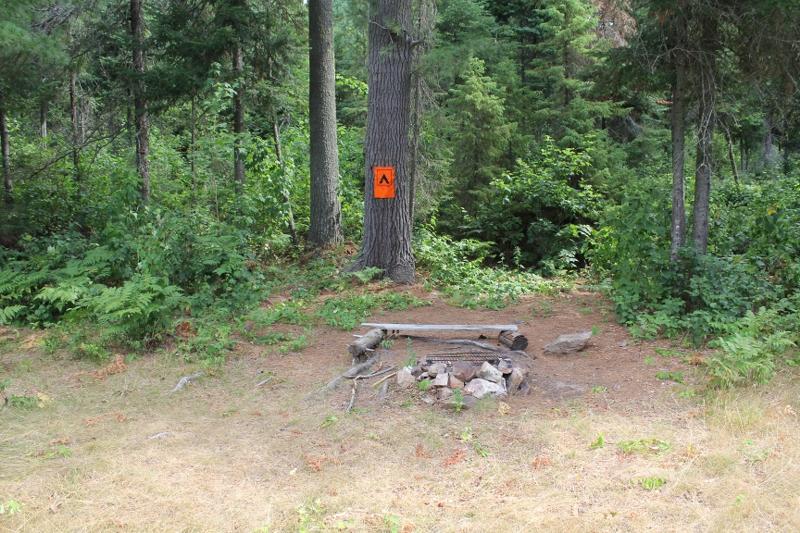 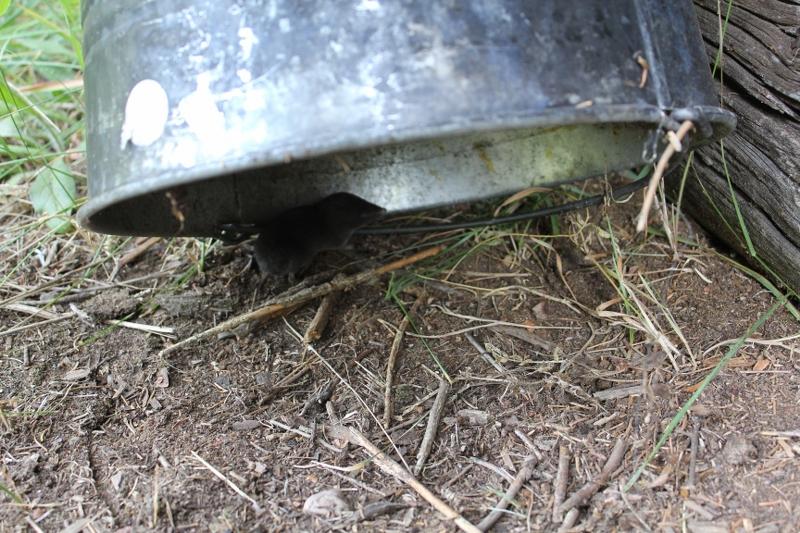 Lots of wood for the stove 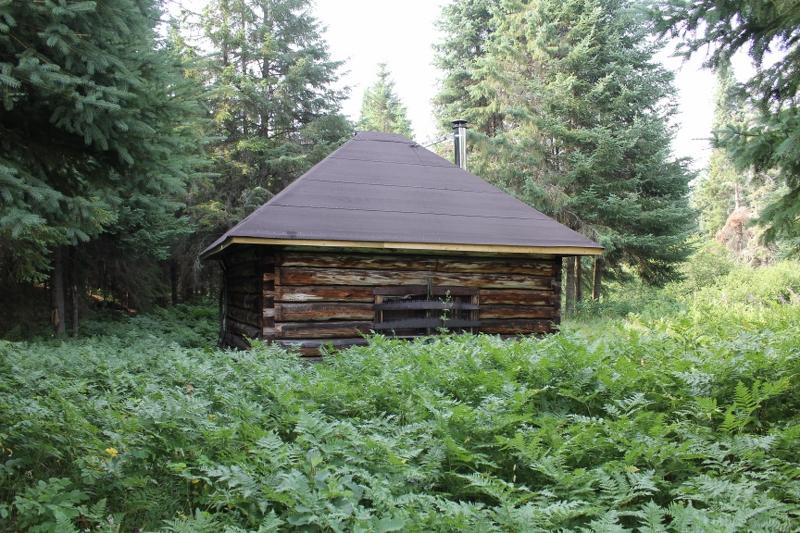 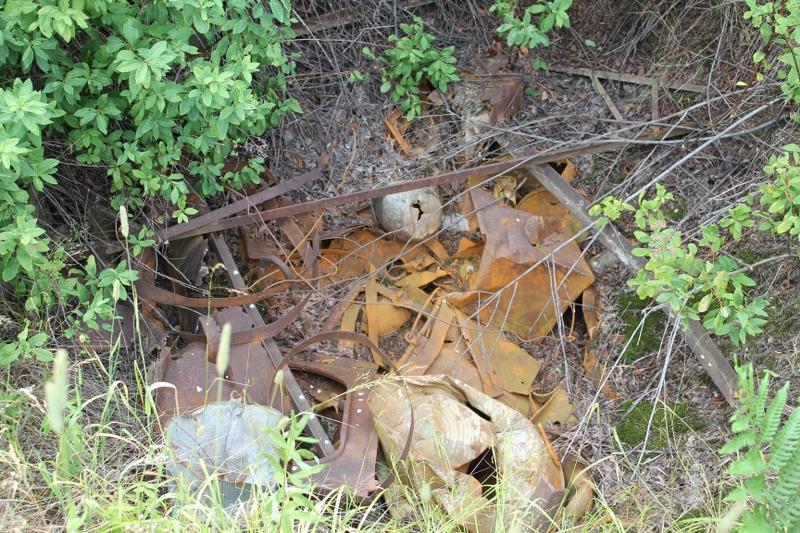 More relics from the past - these are mostly old stove parts

Bits and pieces of, presumably, the original Highview Cabin (Burned down in 1929)

It was really nice to be enjoy a delicious breakfast with piping hot coffee at a table, while looking outside the cabin door at the millions of water droplets landing on the Nipissing River. I was so incredibly happy that this was my day off and I was able to keep completely dry! It rained for a solid three hours and after about an hour of just relaxing in the cabin, I became a little bored and decided to take a nap – seemed like a good idea since the cabin stay was my ‘vacation’ portion of the trip, the hard work and adventure continues tomorrow.

Having been skunked by the spring I decided to head back to the cabin and check out some of the scatted ruins in that area. The original Highview cabin burned down in 1929 and most of the iron bits and pieces were just tossed in a nearby hole. I spent a good chunk of my morning just walking around with a coffee and photographing all the cool things in the area. Shortly before noon I was becoming hungry and decided it was time for breakfast – a late breakfast but one none the less. I would treat myself today with pancakes and syrup topped with bacon. I wanted my time at the cabin to be as luxurious as possible and it’ll be nice to have a much lighter food pack when I leave here tomorrow. I made another coffee as I cooked my pancakes, one by one. Just as my breakfast was ready I could hear something on the roof. First infrequent, then repeating quickly. I looked outside and realized it was raining – I was in for a treat because it began to rain very hard, very quickly.

My nap-time invader - is he the same little guy from yesterday?

I threw some logs in the stove and relaxed in the cabin for a while. It was getting dark so it was nice to have the flickering light from the wood stove. Eventually the fire was going good enough that it was lighting up the entire cabin – a great photo opportunity! I cleaned up and put everything away for the night. I took a few shots of the cabin interior using only the light from the woodstove and I was very happy with the result. It just gave the entire place a warming glow and I was very happy to be at the Highview cabin following so many months of planning and research. I spent about a half hour or so taking pictures then I made another drink and relaxed by the wood stove. I kept the cabin door open and enjoyed the cool breeze as the bugs had simmered down for the night. Around 11pm I decided to hit the sack, so after securing the final bits of gear around the cabin, I jumped into bed and dozed off with ease. 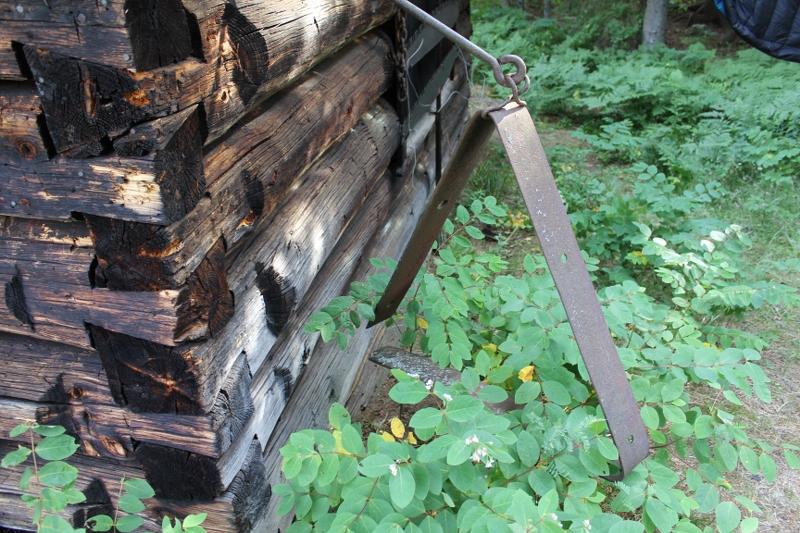 Inside the Highview Cabin - this really is a beautiful cabin

Downstream view of the Nipissing River from the Highview Cabin 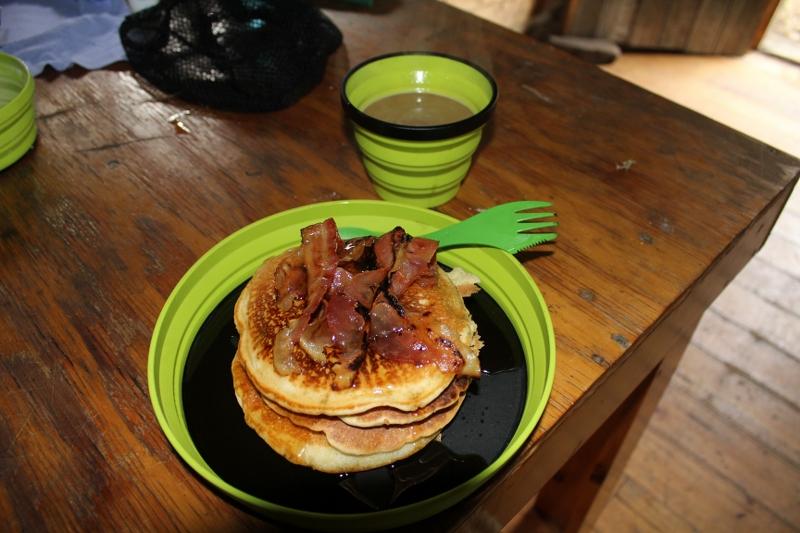 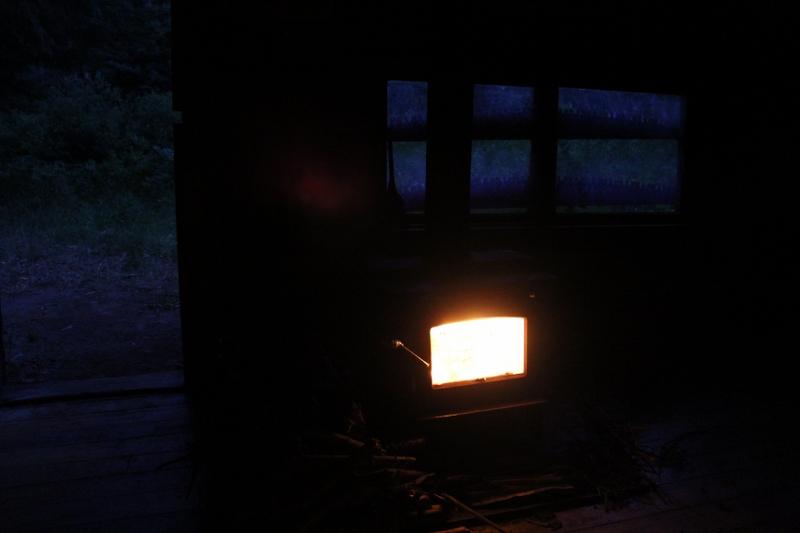 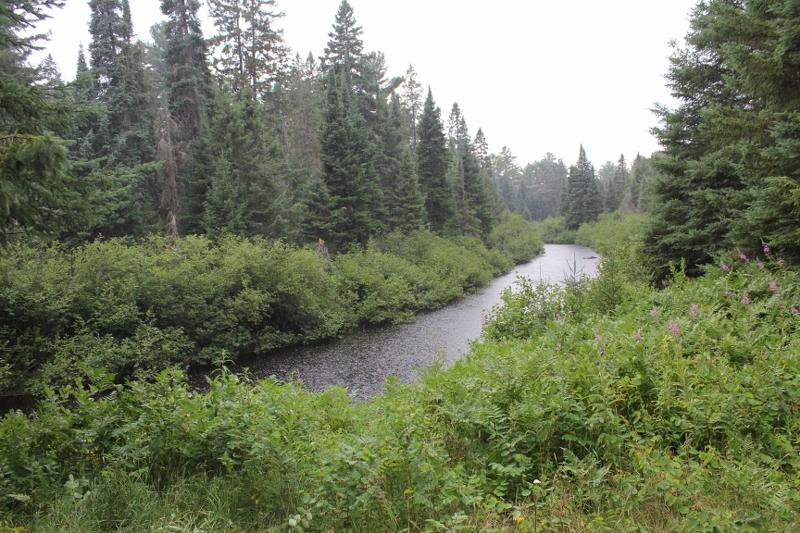 The cabin sits among some very high ferns 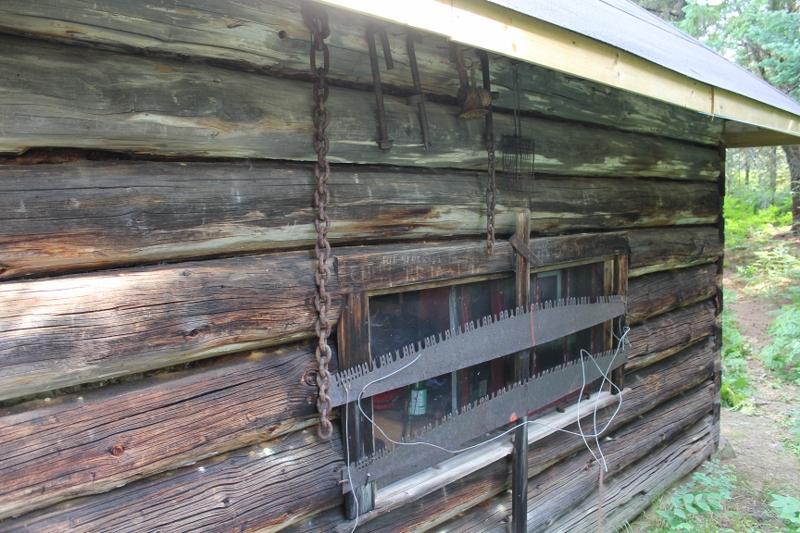 Bang this when dinner is ready.. or don't - you decide!