Both chippy's are enjoying some extra treats

Eventually the wind kicked up a bit 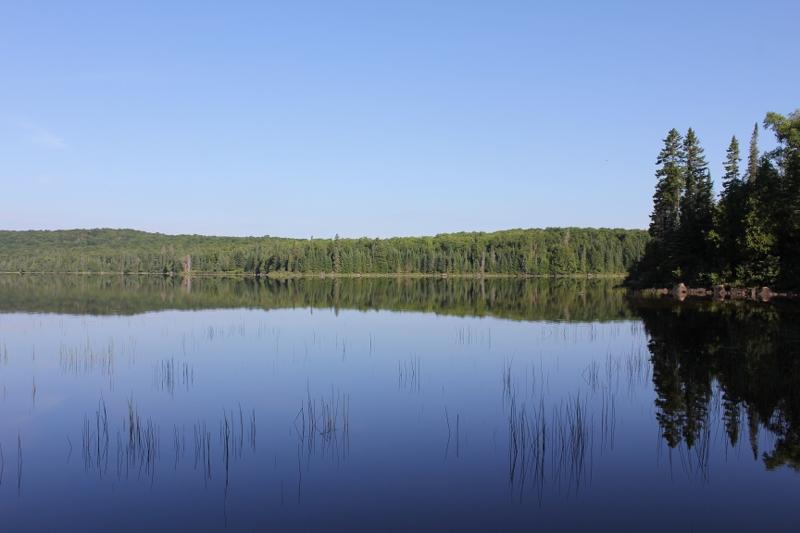 Fire patrol planes were a reoccurring theme throughout this entire trip - and so was the blue sky!

Fantastic view of Mouse Lake from my bench 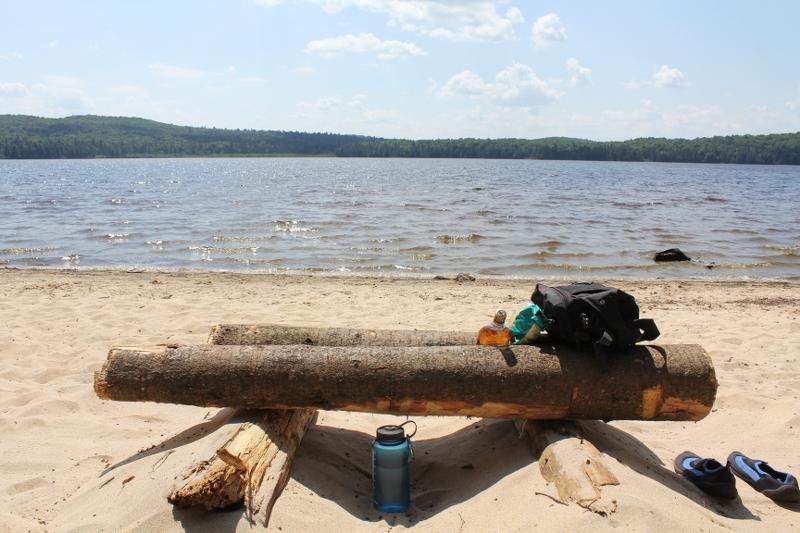 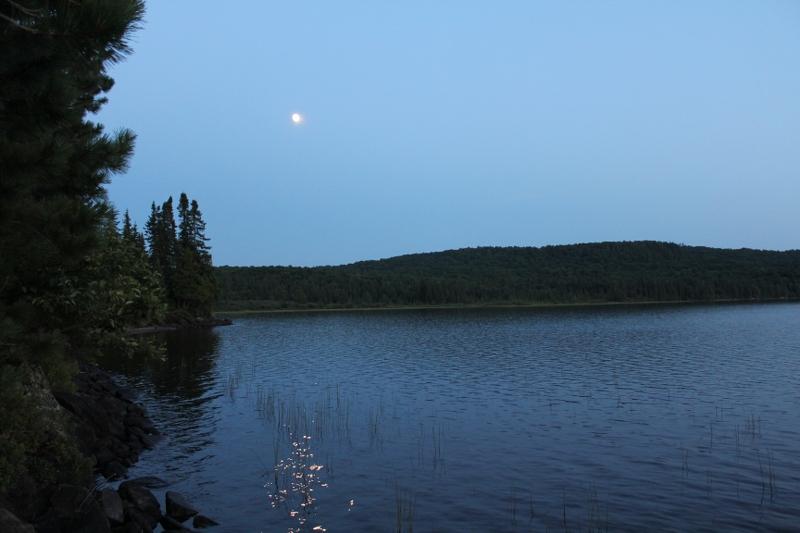 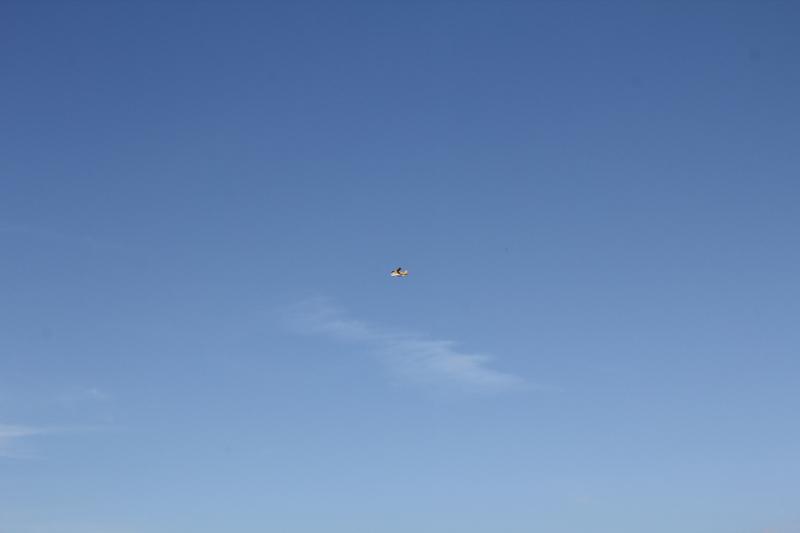 My custom-made vacation bench is ready for relaxin'

Can't give to one and not the other 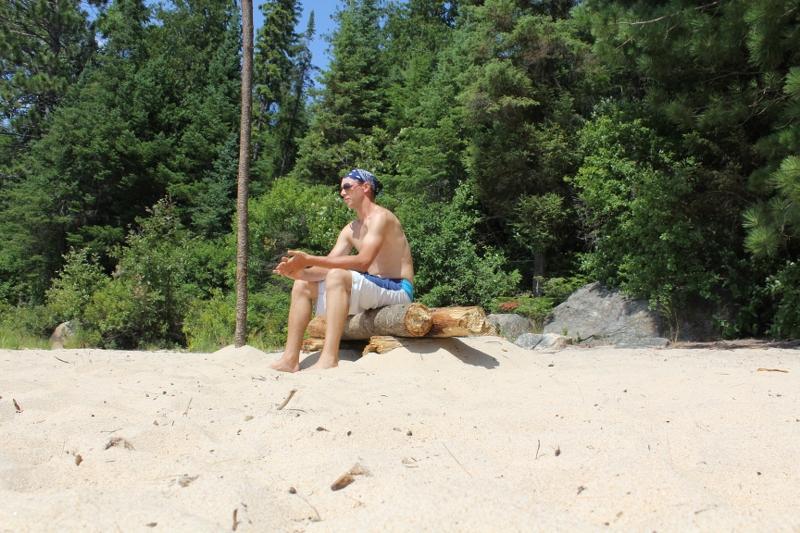 As I finished my coffee, I made a quick breakfast of bacon and cheese sandwiches (I was sooooo happy to have fresh bacon for day 10!) and as I ate my breakfast out on the beach, two thoughts occurred to me: 1. This was the longest canoe trip I’ve done so far, and the longest solo. 2. This beach really needs a bench. I decided to head back into the forest to seek large logs I could use to make a bench. I didn’t want to cut anything, so I was targeting logs of a specific diameter and length. It didn’t take long to find what I was looking for – I found a log that had been cut (hacked?) into 3 sections – almost perfect, but I’d still have to make one cut. They were very heavy, so probably very wet – no good for fire wood but it’ll make a great sitting place. One by one I took the logs from the forest to the beach. The larger logs I had to hoist up onto my shoulder to ease the carry – I felt like Dick Proenneke hauling timber out of the woods for construction projects. I wanted to make this bench last a bit, so I figured the best place to begin would be burying the two support logs halfway in the sand. I ensured they were level by burying the back end a little deeper than the front, as the beach had a slight slope down to the water. Once the two support logs were buried, I cut the big log in half then secured them to the support logs – my bench was complete. As I went back to the campsite I noticed two or three chipmunks scurrying around the campsite and since I had a little extra GORP, I put out a small handful to indulge the little guys. 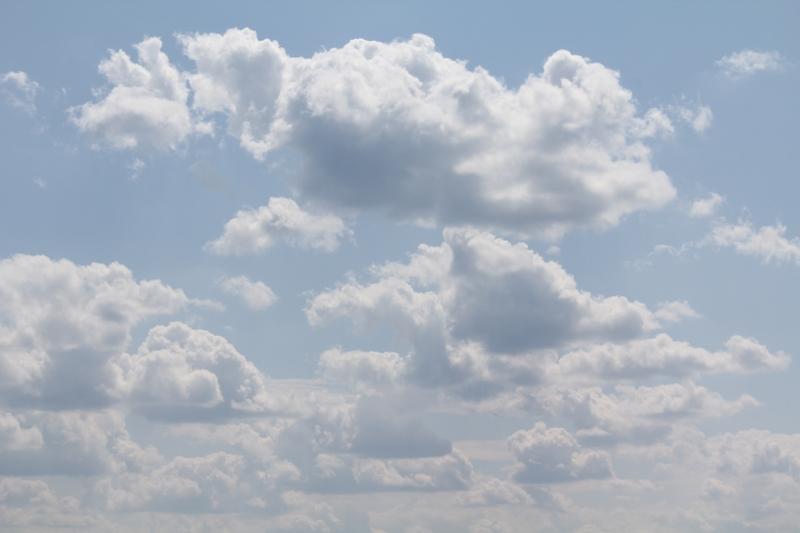 Enjoying the fruits of my labour... and some rum!

I went back to camp to finish cooking dinner and brought it back out to my still-in-tact bench to enjoy. It was a calm, cloudless evening and a full moon was coming out. After dinner, I cleaned up and hung the food – this was becoming an easy routine for me now – I grabbed my camera to try and get some moon shots. Then I did something rather stupid. I wanted a photo of the full moon and clear sky, but I needed to get across a few rocks to get the shoreline out of view. Just as I snapped the shot I slipped on a rock, soaking my entire right foot and though I didn’t drop my camera, I did smash it on the rocks when trying to break my fall - but much worse, I also smashed my left shin just below the knee AND took a one inch by half inch patch of skin off my left hand between the index finger and the thumb. It didn't hurt much but it’s a bad place for a cut when you’re paddling and I still have to go a good distance to get out of here. I was angry about my reckless slip up, but I guess it could have been much worse. I cleaned the wound and decided it was time for bed. I decided I would put the rain fly on tonight and by 9:30pm I was in the tent and tucked into my sleeping bag.

A few minutes later either another one flew by, or the same one 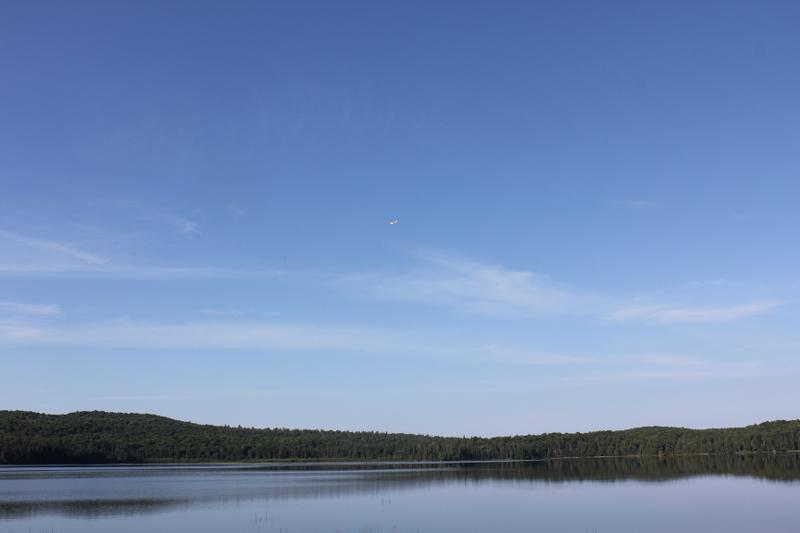 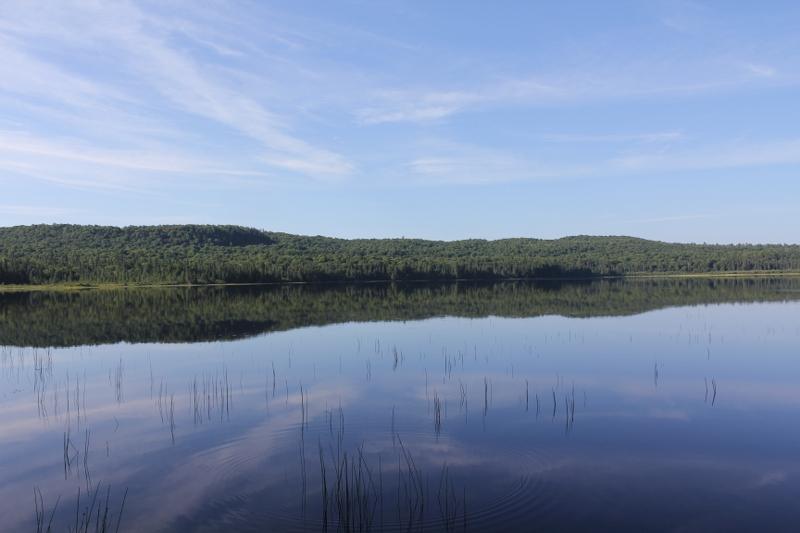 I woke up at 9am today after an amazing sleep – it cooled off during the evening and I enjoyed the breeze in the tent due to the lack of a rain fly. I could hear chipmunks running all around the campsite – it had me worried they somehow broke into my stash of food. I got out of the tent to inspect the situation – nothing wrong, just a bunch of very excited chipmunks. They ran around chasing each other in and out of different holes in the ground – how cool would it be to attach a mini-camera to a chippy as they explore the network of underground tunnels. I walked out to the beach and I kid you not – another absolutely stunning day. Not a cloud in the sky, not a wave on the water and not a breeze in the air – it was shaping up to be another perfect day. Before I got breakfast and coffee going, I sat down on the beach and slowly woke up – the buzz from many fire patrol planes could be heard today, more so than any other day. I needed some coffee, so I cranked up the stove and poured a cup of java – then back to the beach to enjoy it. It’s nice having a site attached to a beach, as opposed to a beach-site. I find sand gets absolutely everywhere when camping on a beach – but having a forest campsite with the option of walking to a beach was really working out for me. 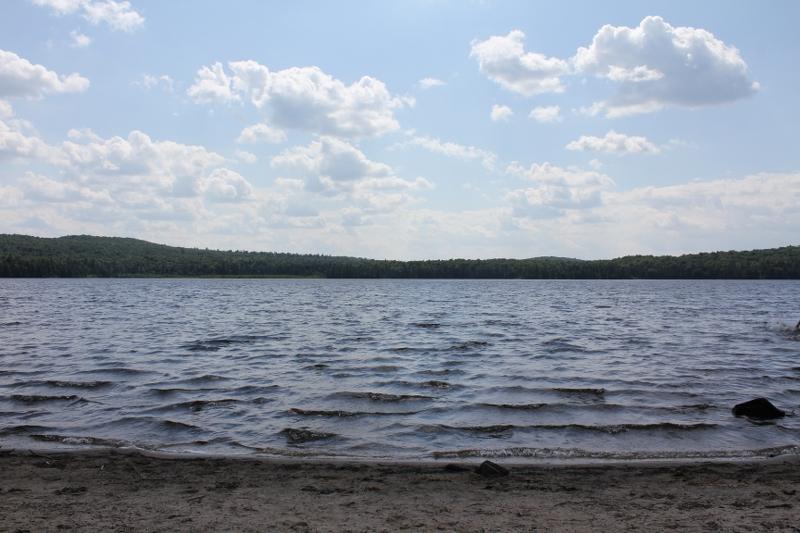 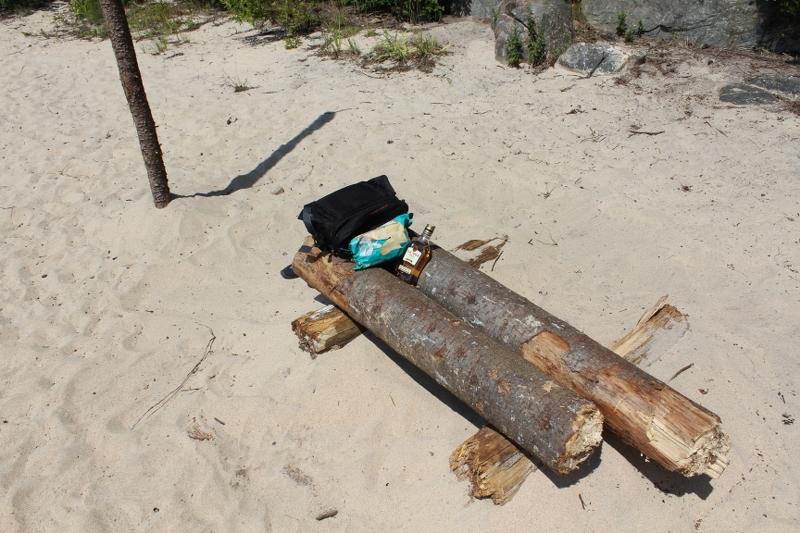 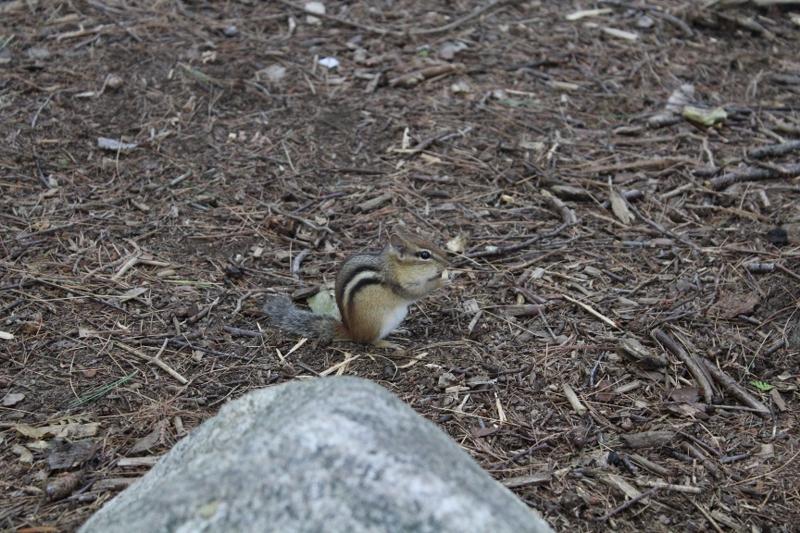 It was nearly 1pm and with not much else left to do, I did what any rational person would do: Entered vacation mode. I tossed on my swim shorts, grabbed a bottle of rum, some salt & vinegar chips and spent the next 4 hours relaxing in the sun – all-inclusive vacation style. It was amazing. When I became too hot, I’d take a swim for a few minutes then back to the bench. I used this time to catch up on my trip notes while sipping on rum. At around 4:30pm I could hear voices - - too much rum? It took a while before I’d find out who it was – a family of four paddled past the point that hides the beach and as they came around the corner I heard the kids say ‘awwwwwwww man!’ I guess they wanted in on the beach action. They stopped out front and we chatted briefly – they were staying on Mouse Lake tonight as well and of course, I asked if the fire ban was still in effect – yup. I figured it would be, but I was hoping for a different answer. I felt bad for the kids – what kid doesn’t enjoy a beach? I suggested they take the upper campsite as it also has a trail connecting to the beach. They accepted my recommendation and turned around to land at the campsite. I wanted my privacy but it wasn’t so bad – they were pretty quiet and the odd sound I did hear was the excitement coming from the little boys – and who could blame them? 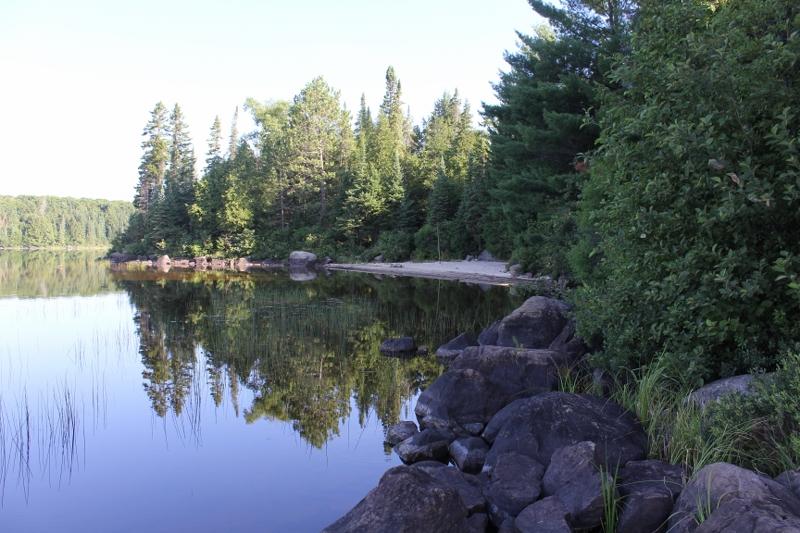 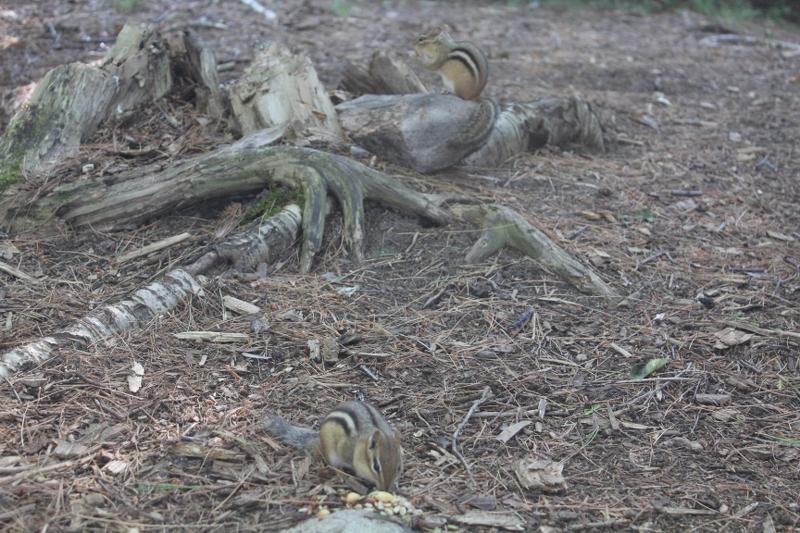 I was kind of buzzed and in need of some food that wasn’t chips – so I retreated to the campsite and made dinner. A simple meal today, be fresh bannock made into a grilled cheese sandwich, and a side of soup. The trick to bannock grilled cheese is getting the inside of the bannock cooked while under-doing it on the outside, as it will cook further when you are melting the cheese between the layers. As the bannock baked I went back to the beach to relax, only to find my bench had been destroyed. Not entirely, but both top logs were kicked off and laying on the beach. I suddenly didn’t like these kids as much as an hour ago – why the destructive behaviour? I know kids are kids and do silly things, but this was unnecessary destruction. I rebuilt it and relaxed some more, slightly irritated. 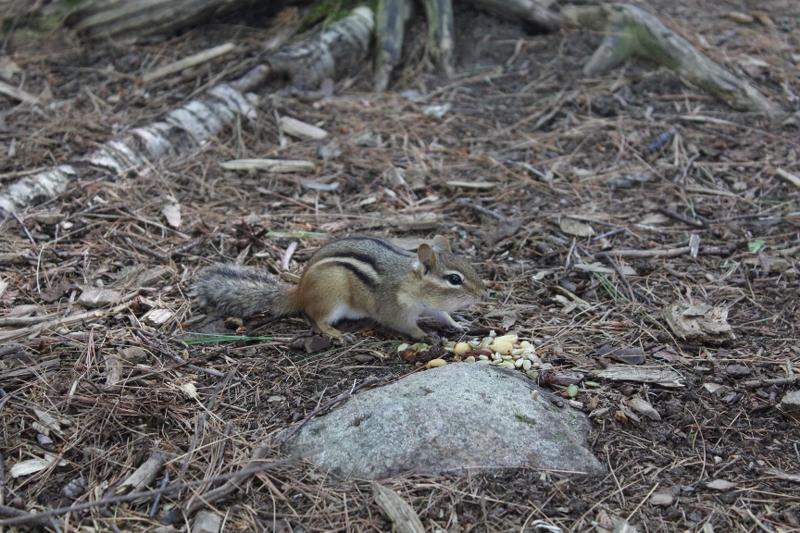 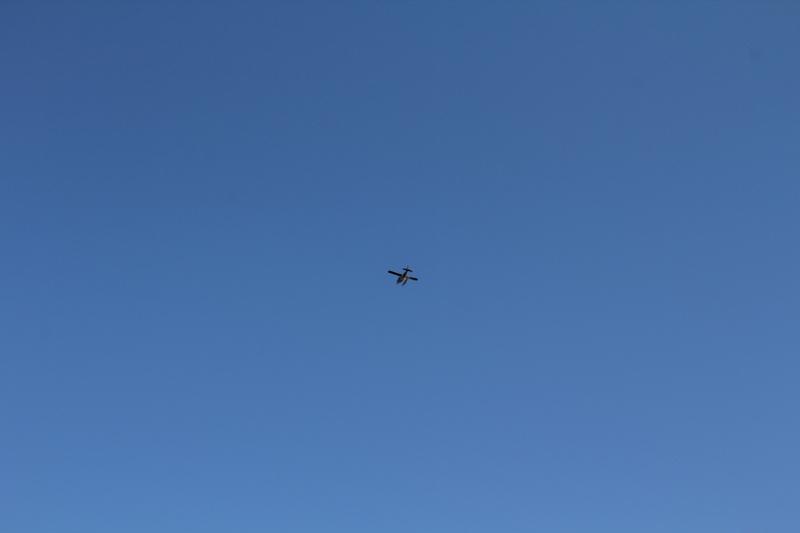