A railway line ran through Brent for 80 years - from 1915 to 1995.  It was first operated by The Canadian Northern Railway and later by the Canadian National Railway. Employees and their families lived at Brent in boxcars outfitted as homes at first and later in houses built by the railway in 1916. Brent was the divisional point between Capreol and Ottawa where train crews were exchanged. It had a water tower, coal chute, roundhouse, locomotive turntable, repair shops, bunkhouse and cookery to service the trains and crew.

It's kind of hard to imagine all these facilities and buildings in Brent as it can be seen today, and this boxcar (C.N. Car No.: 406463) is one of the last remaining large relics of its kind in Algonquin Park. 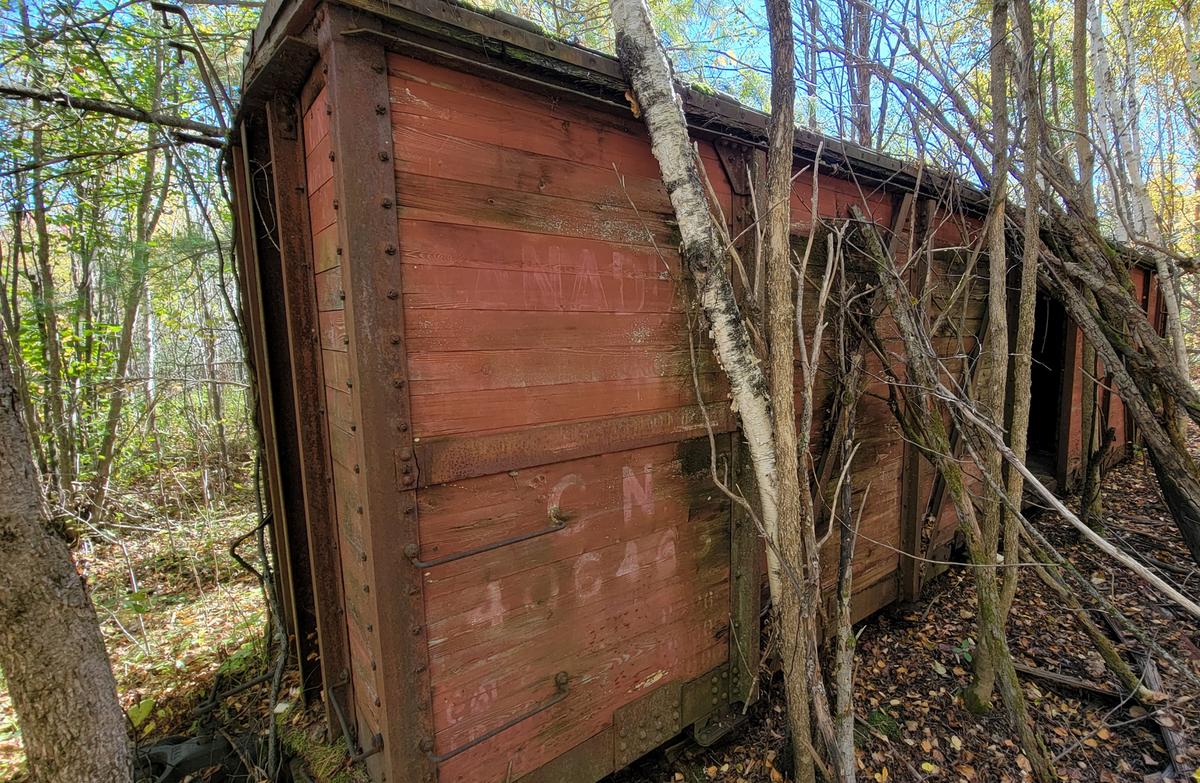 Back to All Ruins
View on Mobile