Continue to
Wenda Cabin
Back to All Cabins 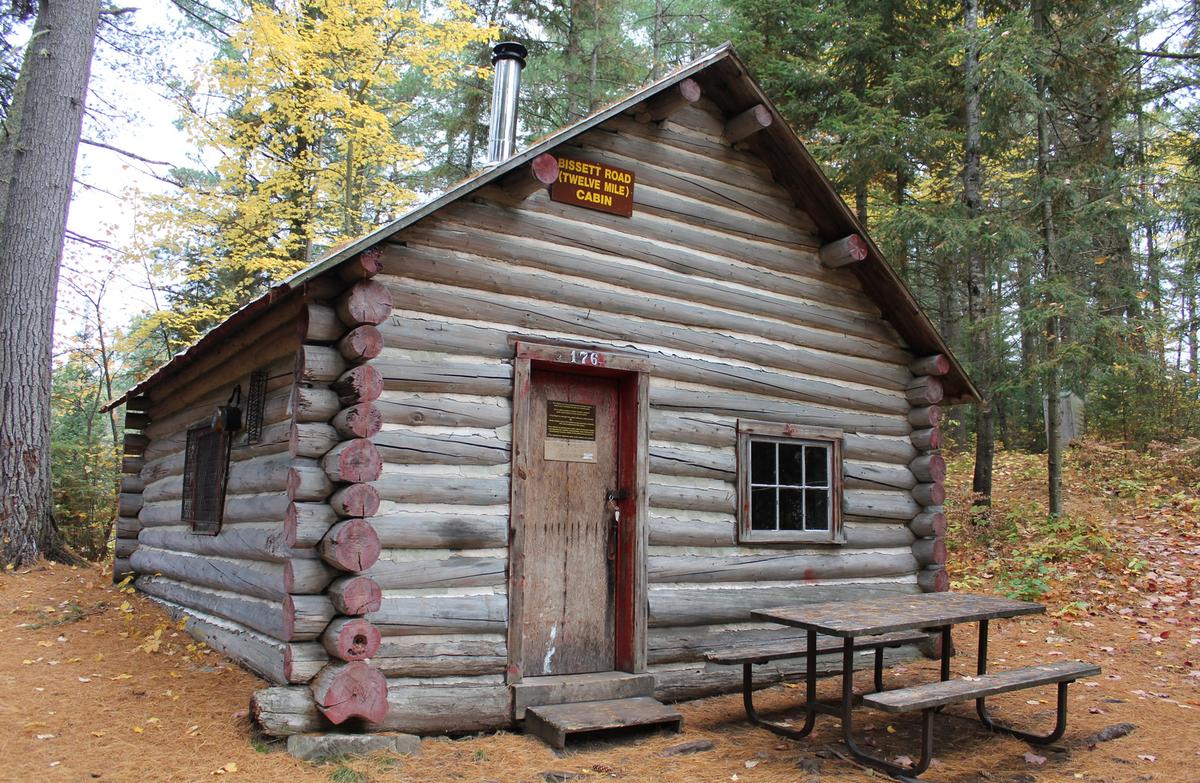 Built in 1922. The Twelve Mile cabin was built by J.H. McDonald, who at the time was employed by the District of Pembroke as the District Forester. This cabin was originally built as a moose hunt camp but it was later discovered to be within the boundary of Algonquin Park. It was continued to be used by hunters with special permissions and eventually became occupied by patrolling park rangers. Regular patrols were phased out in the 1950's and the cabin received upgrades (new roof) just after. It is one of the older (but not the oldest) structures in The Park. The MNR Historic Site Reports of 1973 noted,
In this work the logs were freshly peeled and plastering was a problem. Joseph Tait was sent to Stonecliffe for nails - a distance of 22 miles and returned the same day - 44 miles in all. At that time much was demanded of the rangers, but it was considered all in a days work.