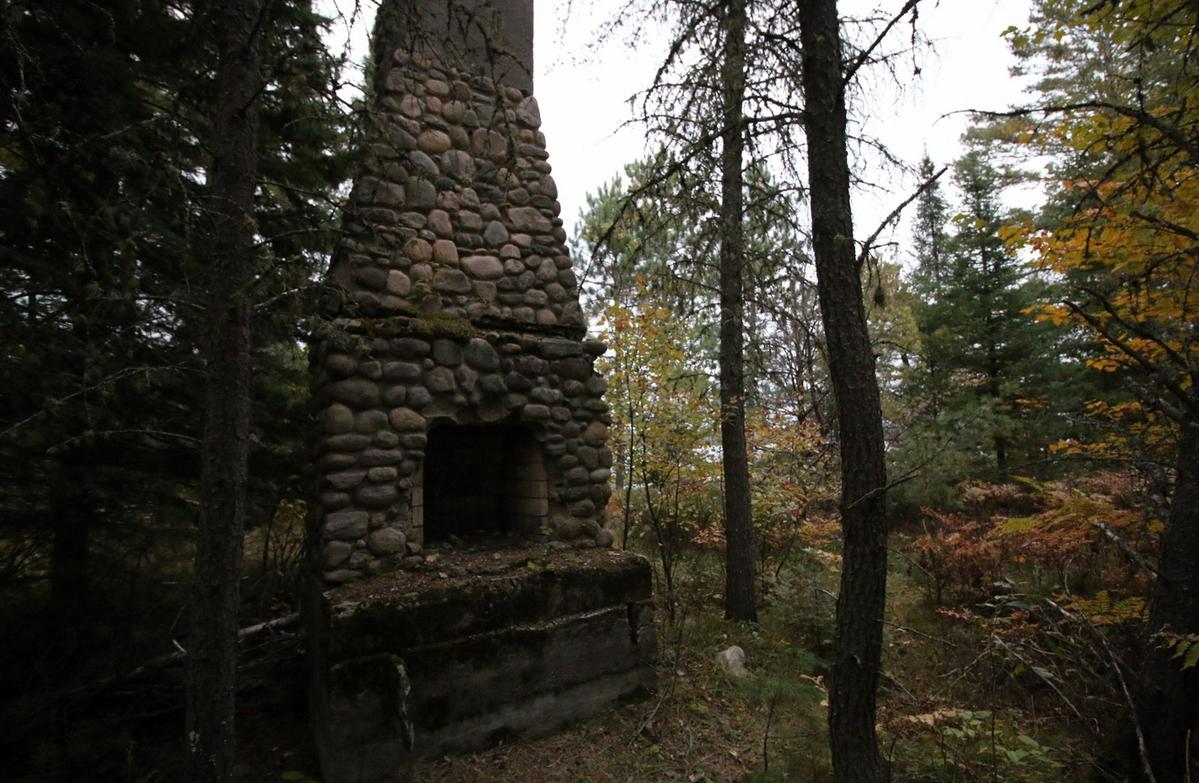 Back to All Ruins
Continue to
Blast Channel

The Turtle Club on Lake Travers was established in 1933 by the J.R. Booth family, following Booth's death in 1925. The name 'Turtle Club' was a reference to the timber mark/logo Booth's logging company used on the river drives. The lodge itself was constructed in a way that it resembled a turtle - it had a large main room and four smaller rooms branching off in all directions. From above this appeared to be a giant turtle. Each room had its own massive stone fireplace, with the largest saved for the main hall - as seen in the photos above. It was used by the Booth family for many years - decades - before ownership changed hands and it became a private fishing lodge. Sadly, this structure was dismantled and moved to Minden Ontario with intentions to be rebuilt as part of a heritage project - unfortunately when the timber arrived in Minden it was found to be infested with insects and declared unsalvageable.