Built in 1932. The first few decade's occupants were fortunate enough to enjoy an authentic Findlay-Norway Cook-stove. This cabin saw much use by patrolling rangers and when the hydro line was constructed in 1953 road access was made possible (Not Authorized today). At that point it was a variety of people using the cabin - rangers, timber-technicians and campers alike. It received upgrades in 1993 and 1996, making it one of the nicer cabins in Algonquin Park. Though these cabins were specifically build for ranger patrol, often tourist pamphlets would indicate otherwise, as stated in the pamphlet written by James A. Cuirkshank in 1913 for the Grand Trunk Railroad, 'A park reserve for 20 years, and so maintained under the competent supervision of a superintendent and rangers as proud of the place as one can be of his own home, the entire area is in such a natural, unspoiled condition that one may travel for days without finding signs of men's occupancy save trails between lakes, and occasional old damn or picturesque abandoned lumber chute, or the log shelters built for the express use of the visitor overtaken by storm.'

Back to All Cabins 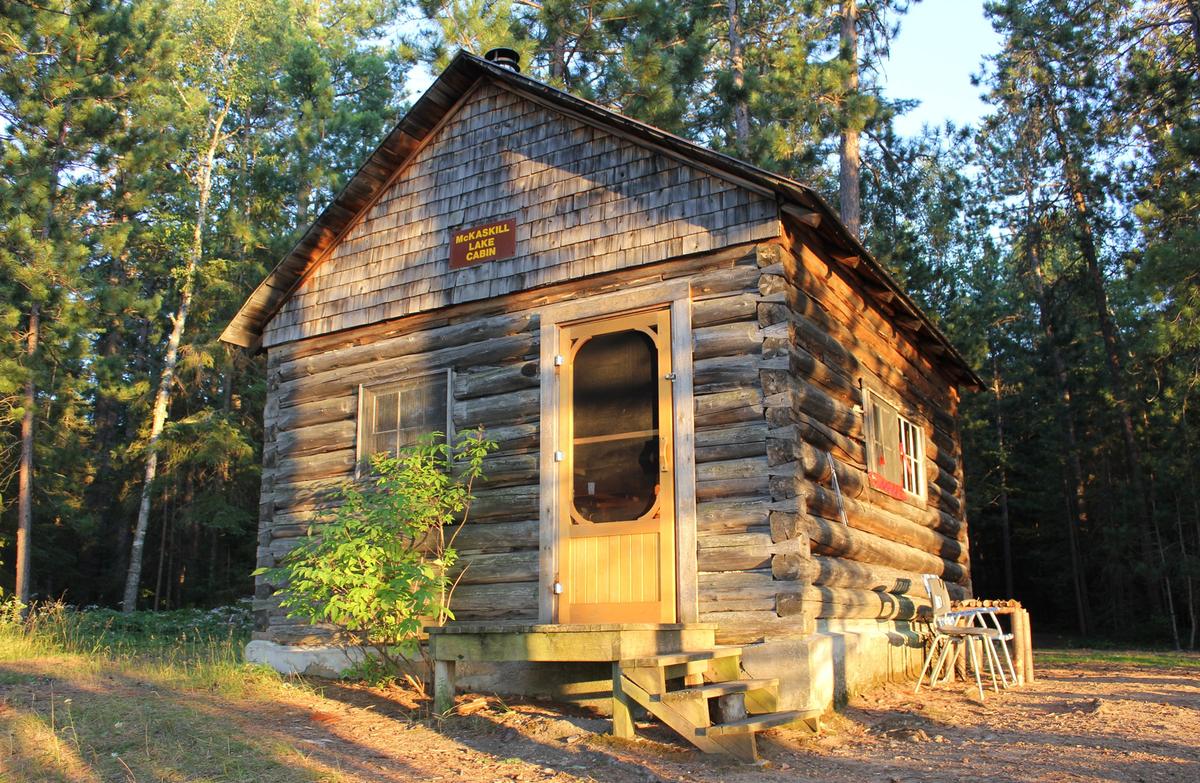