Back to All Ruins
Continue to
Old Logging Dam 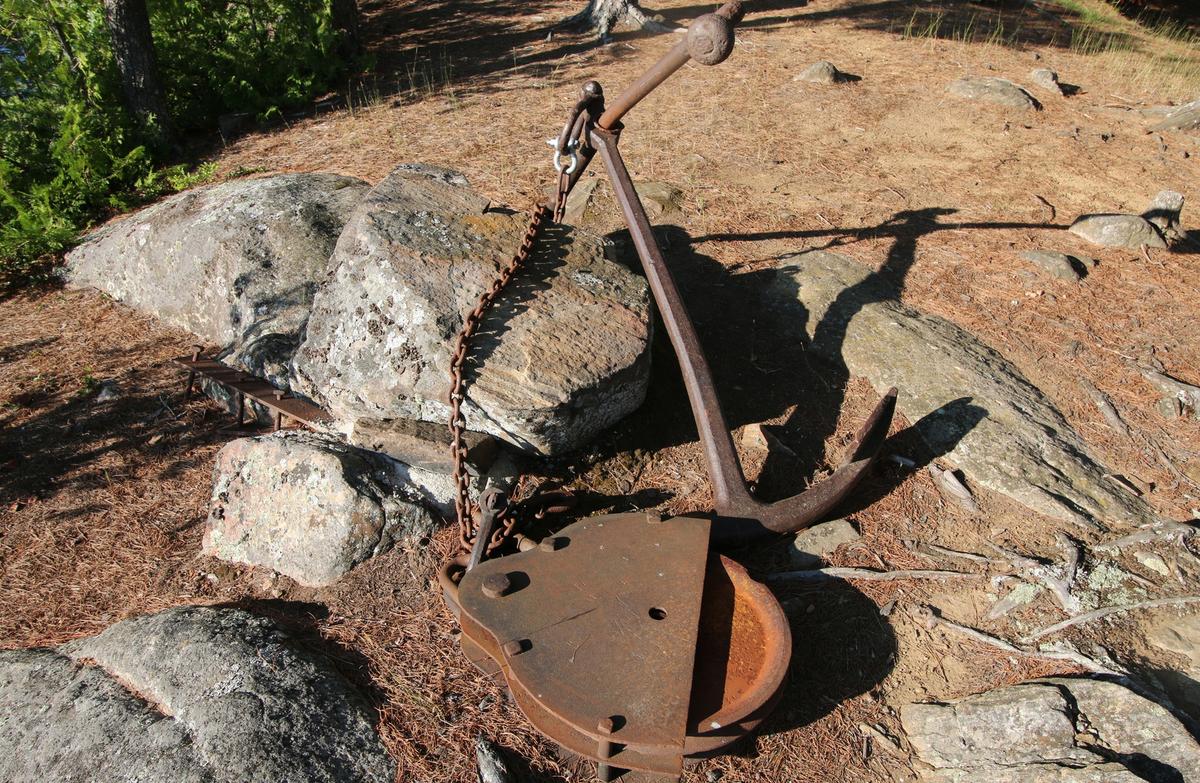 This anchor probably belonged to the Alligator located on the southern shores of Burntroot Lake. For a long time it had a home on a narrow island, now referred to as 'Anchor Island'. In 2013 a group of campers took the anchor from the island with the intent of taking it home. They were caught red handed by park rangers and the anchor was taken back to the White Trout Lake Ranger Cabin - this is where I originally photographed it. Then in 2015 rangers moved it back to Anchor Island on Burntroot Lake - this time using cement and a thick chain to keep it in place. I photographed it at both locations.